A woman has been slammed on social media for an alleged “coronavirus challenge” video that has since gone viral.

Ava Louise, an accused “clout chaser” on social media who has appeared as a guest on Dr Phil twice, has gone viral for a bizarre stunt that is getting widely criticised during the global coronavirus pandemic, Fox News reports.

In the video, which was originally shared to TikTok, the 22-year-old aspiring influencer from Miami licks a toilet seat, allegedly while in a plane bathroom.

“Please (re-tweet) this so people can know how to properly be sanitary on the aeroplane,” she captioned the six-second clip.

Since posting, those online have been quick to call her out – including American political commentator Meghan McCain, the daughter of late senator John McCain, who demanded the social media star be jailed.

Others seconded McCain, slamming the woman for her antics during the deadly outbreak.

Despite Louise labelling the stunt the “coronavirus challenge”, it does not appear to be an actual social media challenge others are participating in at this time.

However, her antics got her suspended from TikTok, she later revealed on Instagram.

Disturbingly, this is not the first time a passenger has found infamy after licking a plane toilet seat.

A woman did just that in March last year and uploaded the footage to Twitter, where it went viral. 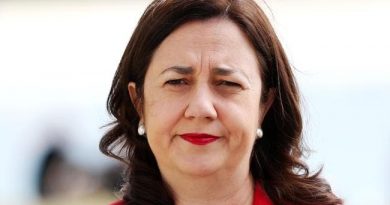 Confusion at airport around self-isolation