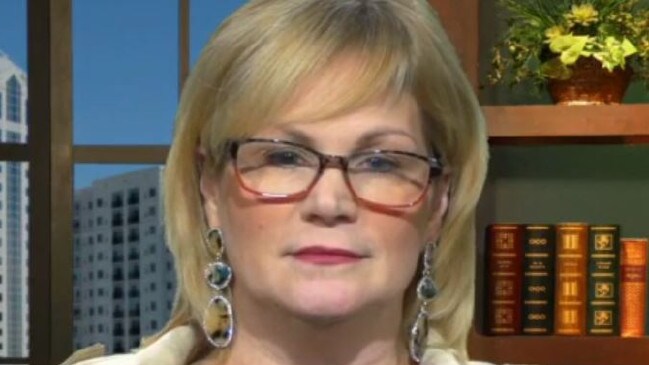 The American Airlines passenger who posted a now-viral video of a man punching the back of her reclined seat has spoken out about the ordeal, saying she started rolling the camera because the flight attendant did nothing to stop his behaviour.

“The hits just kept on coming literally and figuratively,” Wendi Williams told Fox & Friends. “From the guy, then the flight attendant.”

Wendi Williams was on a two-hour flight from New Orleans to Charlotte, North Carolina, on January 31 when the ordeal unfolded.

“I was leaving a teachers’ conference and we got onto the plane and the man behind me, as soon as we got in the air, I reclined and he asked me if … I would put my seat back up while he ate, which I did,” she said.

“About 10 minutes later, he was done and I put my seat back down at which point he started full-on punching the back of my seat really hard that I was flying forward,” Ms Williams said.

At that point, she said she was “trying to get the flight attendant’s attention and she wasn’t responding”.

“So all I could think to do was to video the guy and maybe I thought that would stop him.”

RELATED: Is it ever OK to recline your seat on a plane?

Finally, the attendant “did come around,” but was anything but pleasant, Ms Williams said.

“(She) said, ‘What?’ And I said, ‘The guy behind me is repeatedly hitting me’ and she went back to him, like changed personalities, and was the kindest person in the world and said, ‘Oh, are you OK? It’s really tight back here. I’m sorry,’” Ms Williams said. “And then she said to me, ‘Delete the video,’ and I thought, ‘Why would I delete the video?’”

She added that the attendant threatened to remove her from the plane if she didn’t delete it, and handed her a “Passenger Disturbance Notice” warning of federal prosecution.

Now, Ms Williams is looking to press assault charges against the passenger and is consulting an aviation lawyer. She’s also demanding that the attendant be fired.

“We are aware of a customer dispute that transpired on American Eagle flight 4392, operated by Republic Airways on January 31,” American Airlines said in a statement to Fox & Friends. “The safety and comfort of our customers and team members is our top priority and our team is looking into the issue.”

In a news.com.au poll last week, 34 per cent of readers said Ms Williams was in the wrong in the situation and 22 per cent said the man was at fault.

But most people – 44 per cent – said both passengers were in the wrong for their poor handling of the situation.

Kangaroo Island tourism at risk amid bushfires as tourist flee