A woman who had recently returned from a holiday in Bali has been slapped with a $1000 fine after being caught out and about in NSW, ignoring quarantine rules placed on her.

NSW Police said the 65-year-old woman from the Lake Macquarie area received the fine after she broke quarantine twice in one week.

The woman, who returned from Bali on Saturday, reportedly went to her home in Redhead near Newcastle on Monday, where she received a warning for breaking self-isolation instructions.

On Thursday, police were notified that she had once again left her isolation premises. Her second mistake resulted in a $1000 penalty infringement notice.

Minister Police and Emergency Services David Elliott said it was disappointing to see people break the law and put others in danger.

“No one is above the law. If you decide to ignore a direction, you will be caught, and you may very well find yourself slapped with a hefty fine,” he said.

“The fact that people are still not complying is the reason why we have police out in full force enforcing these directions.

“This behaviour is not only reckless and stupid, but potentially deadly.”

NSW Police officers now have the power to issue Penalty Infringement Notices (PINs) to anyone found to be in contravention of a ministerial direction under the Public Health Act. Businesses are not exempt, and will be slapped with a $5000 fine if in breach.

“What’s disappointing is this lady had a caution on Monday to self-isolate, yesterday she was found walking around the streets – $1000 fine,” Mr Fuller said.

The fines follows the passing of legislation in the NSW parliament on Tuesday to help tackle the spread of coronavirus.

Under the bill, police will be able to arrest people reasonably suspected of breaching COVID-19 public health orders and return them home or to a place of detention.

Currently, NSW has the highest number of COVID-19 in Australia. More than 3000 cases of the virus have now been confirmed across the country with 1405 in NSW, 574 in Victoria, 493 in Queensland, 231 in Western Australia, 235 in South Australia, 62 in the ACT, 47 in Tasmania and 12 in the Northern Territory.

Thirteen people have died – two in WA, seven in NSW, one in Queensland and three in Victoria. 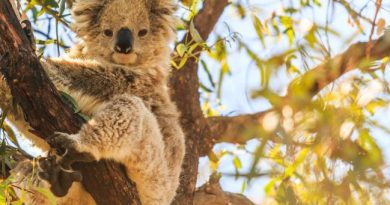