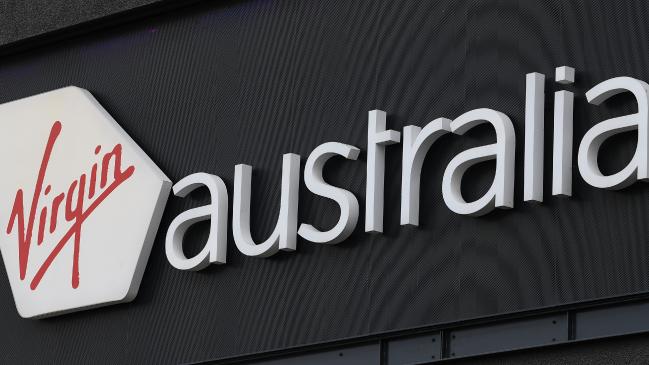 Finance Minister Mathias Cormann has quashed calls for the Federal Government to step in and save Virgin Australia after the airline announced on Tuesday it had gone into voluntary administration.

Virgin announced accounting firm Deloitte had been appointed administrators to help the troubled airline, which went under after the Morrison Government failed to meet a $200 million grant to keep the airline afloat for another fortnight.

“There’s some other issues at play here and clearly there were some substantial problems that needed to be resolved … there are parts of the Virgin business that have been performing well, and there are other parts that obviously caused the problem. There’s a significant level of debt that will have to be dealt with,” Senator Cormann said.

Senator Cormann said any form of bailout should fall to the shareholders, given any government assistance would be coming straight from the taxpayers’ pockets.

“We are dealing here with taxpayers’ money, $1.4 billion is a huge amount of money and you’ve got to make sure that the decisions you make are principles based and that you’re making the right decisions for the right reasons,” he said.

“In all of the circumstances, we didn’t believe it was appropriate to provide specific support of that size to one individual business, setting a precedent across the economy. We’ve stuck to an economy-wide sector-wide approach rather than to bail out individual businesses, and we don’t believe that all of the private sector opportunities have been exhausted here, and we believe they should be.”

John Lyons, president of the Virgin Independent Pilots Association (VIPA), said the governments decision to not give individual assistance to the airline was disappointing and “short-sighted”.

“I think they’ve taken a very short-sighted view, having stated that they believe there should be two airlines. They’ve done very little, it would appear, to bring that about.”

Mr Lyons, who worked as a captain for Virgin Australia before spearheading VIPA, said it was “disappointing” the Australian government didn’t follow the lead of foreign governments providing aid to airlines.

“The US government [provided air] through $126 billion to its industry,” he said.

“The Singapore government put $13 billion behind Singapore Airlines. The UK government has put $1.4 billion into EasyJet. And even in New Zealand, they’re giving them a substantial loan to keep going. It’s disappointing the Australian Government took the view that it did.”

Virgin’s announcement on Tuesday followed an international shareholder meeting that took place on Monday afternoon. Following the coronavirus pandemic and subsequent impact on the tourism industry, Virgin Australia has struggled to come up with enough cash to bail out the grounded airline for several weeks.

Senator Cormann said if Virgin’s international shareholders – Etihad, Singapore Airlines and Chinese airlines HNA Group and Nanshan Group – didn’t cough up the cash to keep the airline afloat, the next point of call was the private sector.

“For any business that is in difficulty, the first responsibility to bail them out is with its shareholders,” Senator Cormann told Channel 9.

“Virgin has very substantial shareholders. Singapore Airlines and Etihad both own 20 per cent (each). Forty per cent (is) owned by two major Chinese investors. If those shareholders are not prepared to step in, then the next point of call is to test the market to see whether anybody else wants to step forward and do what needs to be done in order to ensure there is a viable well-performing business on the other side of this process.”

The Queensland and NSW governments had been in talks about possible bailout packages, the NSW deal contingent on whether the Brisbane-based airline would relocate its headquarters.

In Australia, Virgin employs about 10,000 people directly and supports another 6000 jobs indirectly. About 80 per cent of its direct workforce has already been stood down.

Virgin Australia suspended its international operations due to the COVID-19 crisis and currently flies only one domestic service between Sydney and Melbourne.

Its subsidiary Tigerair Australia has stopped flying during the pandemic.

Restrictions to relax for Greater Sydney

US flight diverted after woman strips down to underwear

Why you should book an Australian holiday after bushfires