Following the announcement of Virgin Australia going into voluntary administration, customers across the country have been left wondering whether their flight credits are still valid.

Virgin Australia CEO Paul Scurrah said the “courageous decision” was made on Tuesday after the Federal Government refused a $1.4 billion bailout to help the airline survive the pandemic.

While the decision to go into voluntary administration does not mean the airline is gone for good, it could mean changes to the way consumers are able to claim flight credits moving forward.

The administration process, and the employment of accounting firm Deloitte, will allow Virgin Australia to start clearing out the company’s debts.

But should the debt not be resolved, and the company collapse, those with a travel credit could find it worthless.

RELATED: What does Virgin Australia’s administration mean for Velocity members

RELATED: Why government bailout is needed to avoid disaster

Speaking on Channel 9’s Today Show, finance expert Effie Zahos said obtaining money back on travel credits could be difficult in the future.

“People have put a credit on hold to travel next year,” she told hosts Karl Stefanovic and Allison Langdon.

“Consumers have got to recognise this [travel credit] is unsecured credit. It is unsecured debt for the company … and when the administrator comes in they will recognise who is in debt.”

David Flynn from Executive Traveller said the fate of flight credits and frequent flyer points depends on the administrator and potentially a new owner, which could result in a number of outcomes for consumers with travel credits.

“When Virgin started cancelling its flights, domestic and international, they were pushing travellers to take a travel credit rather than a refund,” he told the ABC.

“The issue with that is that if the new owner decides that those travel credits are not worth anything, or if it decides they’re too big a liability, they could just wipe the travel credits.

“Now, that obviously wouldn’t be good for goodwill, so a new owner might decide to honour

those travel credits. It might decide to say, ‘We’ll give you 50 cents in the dollar.’

“The ideal scenario would be that … it honours some or all of the travel credits, and it honours the frequent flyer points. Again, they could be devalued, it depends on how much of a liability they are. But reducing the value of frequent flyer points and travel credits is not the best way to start a new airline and re-engage with those customers, who you’re going to need in the months and years going forward.”

Adele Eliseo, a frequent flyer expert and founder of The Champagne Mile, said many consumers would also be waiting nervously to find out whether existing Virgin Australia tickets and credits can be guaranteed.

“There are thousands of passengers holding existing Virgin Australia bookings or credits from flights cancelled due to the COVID-19 pandemic,” she said.

“To ensure that the public has ongoing trust in the Virgin Australia brand, it’s important that steps are taken to protect existing bookings and credits.”

According to administrator Vaughan Strawbridge from Deloitte, Virgin Australia had received interest from more than 10 parties keen to help restructure the business.

“We have been reached out to by a number of parties, including a government adviser, a number of financial creditors and also from the Virgin brand IP and we’ve got a huge amount of support from those parties for the voluntary administration and with the intent of seeing successful restructuring come through for Virgin Australia,” he said.

An email sent to members on Tuesday morning stated while Velocity was owned by the Virgin Australia Group, it was a separate company and not in administration.

However, Velocity has been forced to make the “difficult decision to pause all redemptions for an initial period of four weeks, effective immediately”.

Essentially, this means Velocity members will not be able to redeem any points for rewards during the pause. 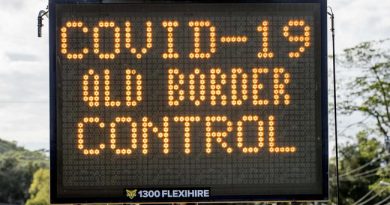