Passengers travelling on a flight from Perth to Brisbane were forced into two weeks’ hotel quarantine after their flight was delayed by about five hours.

Flight VA 469 was due to arrive in Queensland at 8.10pm on Friday, hours ahead of the midnight cut-off for interstate travel.

But the flight was delayed and didn’t arrive until 1.20am on Saturday, with Queensland health authorities updating travel restrictions while passengers were flying across the country.

While travellers were in the sky and out of reach of phone reception, Queensland Health adopted border restrictions for Perth and Peel after West Australian Premier Mark McGowan plunged his state’s capital into a three-day lockdown.

On arrival in Brisbane, passengers were escorted to buses and taken to hotels in Brisbane for the mandatory 14-day quarantine, with Virgin blaming an engineering failure on the delay.

The airline had previously adopted a policy to inform passengers of border closures to allow customers the opportunity to forego the flight and mandatory quarantine, but the timing of Friday’s announcement passengers were unable to be told of the border restriction change.

“It is our priority, and we work very hard, to update guests where possible on restrictions announced by states and territories prior to travel, including at departure gates,” a Virgin Australia spokesperson said in a statement to NCA NewsWire.

“We have worked, and continue to closely work, with all relevant authorities on managing the impacts of border closures.”

It was reported the passengers on VA 469 were given an exception and will not be required to pay for their stay in hotel quarantine, but Queensland Education Minister Grace Grace said there wouldn’t be further concessions for this unlucky group.

“I understand the circumstances but we take the health advice on this,” she told reporters on Monday morning. 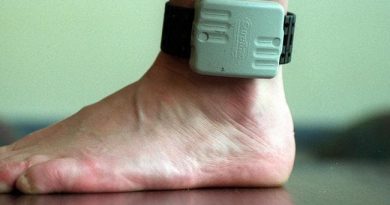