Virgin Australia is scrapping free food from its economy bookings and from Thursday people will have to shell out money if they want to eat on board.

The changes were revealed by news.com.au back in November but Virgin Australia sent out an email to customers on Wednesday to inform them of the new policy.

Customers who booked their economy ticket before 25 March will still be entitled to a complimentary snack, although they will have to flag a flight attendant on board to claim it.

The email explained that guests would still receive complimentary water, tea and coffee but that free food in economy class has been abolished.

“We understand you have purchased a fare inclusive of a complimentary snack,” it said. “If you would still like to receive a snack, please make yourself known to the cabin crew once on board and they will be able to assist.”

On Thursday, the airline will unveil a new menu for both business and economy class.

“Our new economy buy onboard menu features the tried and tested menu items that we know guests love, including cheese and crackers and Australian wine, delivering greater choice and flexibility,” they added.

Business class fares will still be offered a plated meal from the new menu.

In September, the airline was bought by American investment firm Bain Capital for $3.5 billion after being battered by the COVID-19 pandemic.

Incoming chief executive officer Jayne Hrdlicka said last year that Virgin Australia 2.0 would be neither a full service or budget carrier but a “mid-market” airline that retains its Economy, Economy X and Business classes.

“Australia already has a low-cost-carrier and a traditional full-service airline, and we won’t be either,” she said in November.

“Virgin Australia will be a mid-market carrier appealing to customers who are after a great value airfare and better service. We will continue to evolve our offering for our customers based on data and feedback, but the Virgin Australia experience millions of travellers know and love is here to stay.”

In-flight entertainment and Wi-Fi on Virgin Australia flights were also under review in November 2020. 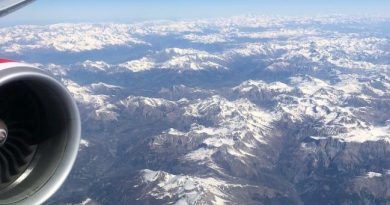