Virgin Australia has a message for rival airline Qantas: Two can play at that game.

After Australia’s biggest airline launched its ‘Status Fast Track’ promotion, which essentially hopes to lure frequent flyer points members from rival reward schemes to join the Qantas program, Virgin Australia has announced a game plan of its own.

From today, Virgin Australia will status match Qantas Gold members and above, and extend the status of existing Gold and Platinum Velocity Frequent Flyer members for up to a year if they take an eligible flight before March 28.

The move will also allow Velocity Gold and Platinum members to gain 5000 bonus points if they take eligible flights before the same date, and if they take three or more flights, they’ll be bumped up to Economy-X or business class.

RELATED: Virgin Australia says it will add 78,000 seats per week by January

“We’re pleased to welcome Qantas members to Velocity who are interested in taking advantage of cheaper fares, award-winning cabin crew, and great rewards for ongoing loyalty,” she said.

“We look forward to welcoming them on-board this summer season. In true Virgin Australia spirit, we’ll continue to bring competition across the domestic, loyalty, regional and cargo sectors.

“We know we have a compelling offer for business and leisure travellers who are emerging from COVID-19 with less discretionary spend, but who still want lounges, preferential seating, priority boarding, checked baggage, and all the comforts a mid-market carrier can offer their guests without the price tag.

“Importantly, we know we can offer something no one else can, and that’s our fabulous people, who deliver our service with a smile no matter what seat number is on your ticket.” 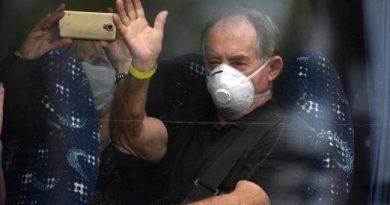