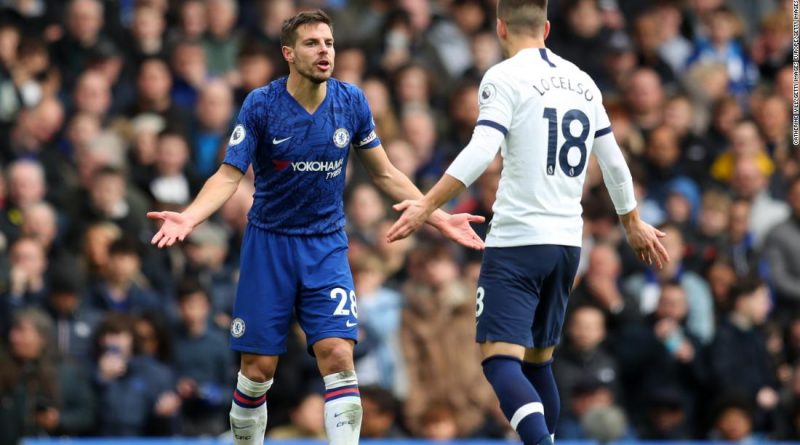 Goals for the returning Olivier Giroud and Marcos Alonso had already put Chelsea in command of the London derby when Tottenham’s midfielder Giovani Lo Celso tangled with home captain Cesar Azpilcueta in the 52nd minute.

Lo Celso appeared to deliberately stamp on Azpilicueta’s outstretched leg with his studs but referee Michael Oliver initially waved away Chelsea appeals before VAR officials at their studios in Stockley Park, west London were called into action to scrutinize the challenge.

After a lengthy deliberation, it was ruled that there had been no serious foul play and the Argentine escaped either a yellow or red card much to the dismay of Chelsea manager Frank Lampard, who later described the Lo Celso tackle as a “real leg breaker” which should have been punished.

But later in the second half, broadcaster BT Sport reported that VAR officials had reviewed the decision and admitted that Lo Celso should have been sent off.

The about face was met with derision on social media, with many former top professionals expressing their surprise that Lo Celso had escaped a red card.

Lo Celso was eventually shown a yellow card for a foul on Mason Mount on the edge of the Tottenham penalty area in the 82nd minute. Alonso nearly scored his second and Chelsea’s third as his free kick effort rattled the crossbar, but with a minute remaining the visitor struck with a rare decisive attack.

Substitute Erik Lamela powered into the Chelsea penalty area and his effort was deflected into his own net by defender Antonio Rudiger, leaving for a nervy last few moments for the home side before a vital three points was sealed.

Azpilicueta, sporting an ice pack taped to his leg, was happy with his team’s victory, but incensed by the earlier VAR mistake.

“I’m not a player who likes to be on the floor. I am tough. But it was a clear stamp on my shin, I felt it straight away and was surprised it wasn’t a red card. It wasn’t even a yellow card! Everybody can make a mistake but when you have a lot of replays it should be easier,” he told BT Sport.

Lampard believes that the much-maligned use of VAR in the Premier League needs an urgent overhaul.

“It was a tackle that endangers a player, saying after that they made a mistake isn’t good enough,” he said.

“That’s what VAR was brought in for. It’s a huge question mark on VAR. This one doesn’t need the referee to go to the monitor, it’s a clear decision.”

The victory takes Chelsea four points clear of Tottenham in fourth place, but it was a second straight defeat for the visitor after losing 1-0 to RB Leipzig in the Champions League in midweek.

Mourinho refused to be drawn on the Lo Celso incident, instead praising his team which is lacking a recognized striker after injuries to Harry Kane and Son Heung-min.

“I’m so proud of the boys they fought for the last seconds until a result. I cannot ask more from them, especially Lucas, Lo Celso, Bergwijn these boys that are playing every minute and trying to do miracles in positions that are not their positions. I cannot complain,” he said.

Minor consolation came for Tottenham in later fixtures Saturday, holding on to fifth spot as Sheffield United was held 1-1 at home by struggling Brighton, leaving the Blades in sixth on goal difference.

Burnley moved up to eighth with a 3-0 win over Bournemouth with another VAR controversy the main talking point.

The visitor thought it had equalized when Harry Wilson fired home, but after a VAR review Cherries player Adam Smith was penalized for handball at the start of the counter attack and a penalty awarded to the home side, which Jay Rodriguez converted.

Aston Villa remained deep in relegation trouble with a 2-0 defeat at Southampton, Crystal Palace beat Newcastle 1-0, while a late Gabriel Jesus goal gave champion Manchester City a 1-0 win at Leicester City in the late game to cement its grip on second place behind runaway leader Liverpool. 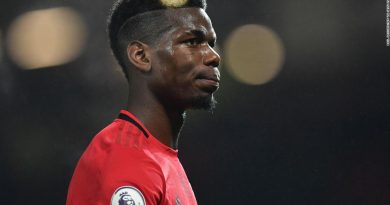 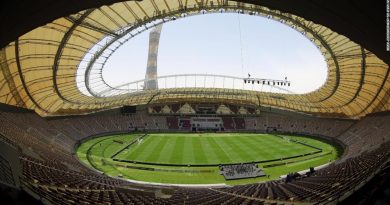 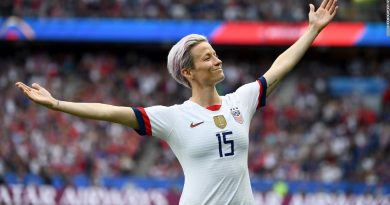 Megan Rapinoe: ‘We all have a responsibility to make the world a better place’