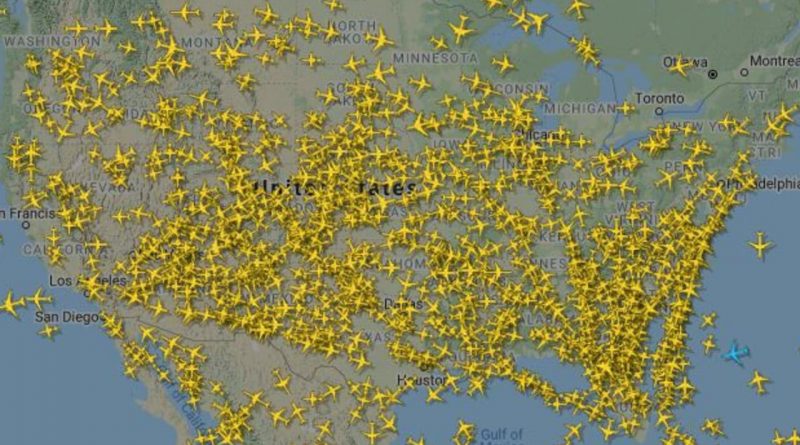 The US Transportation Security Administration screened 1.28 million travellers at the country’s airports yesterday, the highest number since the early weeks of the coronavirus pandemic in mid-March.

Health authorities had urged Americans to avoid travelling over Christmas, warning that crossing the country would increase their chances of catching and spreading the virus.

The Centres for Disease Control and Prevention recommended “postponing travel and staying home”, as that was “the best way to protect yourself and others”.

“You should consider making other plans, such as hosting a virtual gathering or delaying your travel,” it said.

The TSA’s figures are significantly lower than they were at the same time last year. Over the last 10 days, the agency has screened 10.2 million travellers, as opposed to almost 25 million a year ago.

But that is still the highest level of travel the US has seen since the start of the pandemic, exceeding the numbers we saw over Thanksgiving late last month.

It comes at a time when the US is suffering from uncontrolled spread of the virus.

The country is averaging 180,000 infections each day and 1400 deaths. Both numbers have come down off their peak a weak ago, though as people tend to get tested less over holiday periods, that relief may not last.

There was a similar dip in the numbers over Thanksgiving, only for them to spike sharply again soon afterwards.

Appearing on Sunday television yesterday, Dr Anthony Fauci said the worst period of the pandemic was likely still ahead of the US, due in no small part to the amount of travel happening over the holidays.

“We very well might see a post-seasonal – in the sense of Christmas, New Year’s – surge. And as I’ve described it, a surge upon a surge,” Dr Fauci told State of the Union.

“Because if you look at the slope, the incline of cases that we’ve experienced as we’ve gone into the late fall and soon to be early winter, it is really quite troubling.

“We really are at a critical point. If you put more pressure on the system by what might be a post-seasonal surge, because of travelling and the likely congregating of people for the good warm purpose of being together for the holidays.

“It’s very tough for people not to do that, even though we advise not to. It’s going to happen.”

The US is also firmly in its winter months now, meaning people will be congregating inside where the virus spreads more easily.

Open for Business: How Shoalhaven recovered from bushfires