Anyone arriving in the UK will be forced to quarantine for 14 days from June 8 and could be fined $1865 (GPB1000) for failing to comply.

British Home Secretary Priti Patel announced the move on Friday, saying the quarantine was being brought in to protect the “hard won progress” and “prevent a devastating resurgence” of the virus that has led to at least 40,000 deaths in the UK.

The country has so far not implemented a blanket quarantine, with the government claiming such a move was pointless when community transmission was high.

However now the lockdown measures have brought virus cases to lower levels, Ms Patel said “imported cases could begin to pose a larger and increased threat”.

“Any new arrivals entering the country … will have a much bigger impact, potentially causing a second wave,” she said.

Those who are unable to find a place to quarantine will have a government option provided at their own expense, a Border Force official said.

Those entering the UK will be expected to provide contact details at the border and face spot checks and fines of nearly $2000 if they do not comply.

Freight workers, medical professionals and those travelling from Ireland’s common travel area will be among a small number of people who are exempt.

The move has sparked intense criticism from the travel industry who believe it’s pointless to introduce a quarantine after people have used public transport to get to their destination.

Travel bosses also believe it will kill the summer holiday season in Europe and airlines have warned it will hobble attempts to repair travel – which is down 99 per cent amid the pandemic.

“Requiring international arrivals to quarantine only after they have used multiple public transport providers to get from the airport to their ultimate destination has no basis in science or medicine,” he said.

“We welcome the European Union’s recommendation on face masks, and call again on the Irish and UK Government to abandon their unexplainable, ineffective, and unimplementable quarantine restrictions.”

“Europe’s citizens can travel safely on their summer holidays wearing face masks and observing temperature protocols, but 14 day quarantines have no scientific basis, are unimplementable and unnecessary in circumstances where airline, train and underground passengers wear face masks where social distancing isn’t possible.” 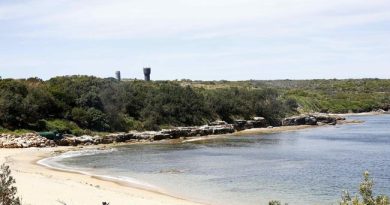 NSW‘s worst beaches revealed in State of the Beaches survey