Seriously, this goes beyond eye-roll stuff.

I am sick to death of seeing people jumping onto a plane looking like they are heading to pick up a few on-sale hotpots at Aldi.

And in the latest case of plane travel style trauma, a top-to-toe, tight-as, gym tights and exercise outfit has attempted to enter the business class lounge of a leading airline.

You are in a plane not pumping iron! I am with these airline rules the whole way.

Since when did flying at high altitude give travellers the right to a sartorial leave pass?

OK, I’m not saying you need to wear a three-piece suit or flirty party dress on your next flight, but is it that hard to match the words ‘neat’, ‘respectable’ and civilised with travel clothes?

Just yesterday, Qantas refused entry — into their business class lounge — to a former WWE performer, Eva-Marie, who was dressed in top to toe sportswear. A dress code that has not been accepted into the lounge since 2015.

But Eva-Marie isn’t the first ‘profiled’ traveller who has hit the same travel snag.

Not too long ago, Qantas refused lounge entry to Joanne Catherall, a vocalist for English pop band Human League (a band I love, but that’s beside the point) because she was wearing Ugg boots into the airline’s business class lounge.

Some viewed the ban as a national disgrace but you know what? I was absolutely, totally and fully with the airline.

Personally, I was happy when Qantas announced they enforced a dress code in their lounges four years ago.

I thought it would ensure we wouldn’t see some plane cabins, airport terminals and airline lounges as extensions of our own lounge rooms, beaches, parks and or local pubs.

Before you start throwing your macadamia cookies and miniature wine bottles at me, let me reiterate: it is into their business-class lounges.

And by the way, I’m writing this in exercise tights and a sloppy joe in the comfort of home privacy.

And whether your toes turn right, left or go up the stairs on your flight, there’s no excuse to look like a slob when you’re in a lounge, on the plane or wandering around the terminal.

Have you seen some of the clothing that tries to pass itself off as travel attire?

Thongs, bad shorts, trackies, sloppy, side-bob singlets and gym wear, that fill up terminals and (some) airport lounges to the point where we’re seeing better-dressed bods on bus and train trips.

If you are not planning on wearing that bright pink velour trackie once you hit Hawaii, why bother wearing it on the plane in the first place?

I am aware that, unquestionably, ‘athleisurewear’ is one of the hottest fashion trends but there’s a big difference between wearing a comfy fleecy travel hoody and a pair of cling wrap tight Lycra leggings and matching exercise top.

Many flying peeps have a stock standard, easy travel uniform every time they board a plane. It’s not fancy. It’s not smarty pants. It’s black, black and black. And with all of those said black pieces, they are easily re-worn once the destination has been hit.

Plane travel used to be glamorous. Yes, it was travel where you felt like you wanted to look the part and, more importantly, wanted to have respect for fellow travellers.

The thought of hose filthy, bitten-down toenails, slid into rubber-thin thongs I once sat next to, having spent my precious bucks on a long-haul flight still make me cringe

Too often plane travel has turned into something akin to jumping on a bus and heading to the beach so I reckon airlines have every right to set a style standard.

I’m all for comfy, in-flight clothing but can someone tell me how a pair of rubber thongs, sleepwear (leave it to put on once you get onto the place, at least), a tight party dress, sweaty gymwear and blokes in short, package-hugging shorts, even vaguely constitute comfy plane attire?

How would you ever expect to be considered for an upgrade (okay, that hardly happens anyway) if your plastic flip-flops are so worn down at the heel you may as well have gone barefoot?

It’s no wonder ground staff and flight attendants treat some passengers with slight disdain. Checking in a gang of Baby Boomers reeking of booze as they parade their stubbies, singlets, thongs and muffin-front bellies can’t be that pretty for any airline staffer.

Just a few years ago Qantas issued their flying high style decree; the what-to and what-not-to-wear into their business class lounges.

“These guidelines are intended to create an environment that everyone can enjoy and we look forward to welcoming you into our lounges soon,” went the airline’s spiel.

It wasn’t and isn’t a universal flying fashion rule but doesn’t the fact they even had to do it make you feel like you want to feel a little special when you jump on a plane? And that’s whether you’re zipping on an interstate business trip or a longer haul flight.

Can’t we give plane travel some sense of occasion? Some sense of dignity? Make it special, or an experience?

No, you don’t have to be up the smarty-pants end of the plane, nor do you have to wear your sky-high heels and best dress. But come on, how difficult is it just to wear something ‘smart’ that also happens to be comfortable?

So next time you’re thinking about pulling an airline apart over their dress rules, think about the things you’ve seen that are best left for other parts of the day.

None of us need to dress exxy or up ourselves. But by dressing ‘appropriately’ just shows respect for the people around you and most importantly, respect for yourself.

And if you’re dressed OK, doesn’t it just make the whole plane travel thing a better experience for everyone around you?

Why not think of plane travel as an ‘occasion’, not just a means to a destination. It is, by definition, public travel, so do you really want to see a plane full of flyers looking like they have just slipped out of bed?

That way, while we might not always arrive with our luggage, at least we’d land with our olfactory and visual senses intact. 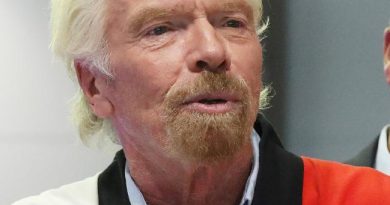