An explosive new coronavirus cluster in Sydney has thrown travel plans into disarray only a week out from Christmas, with people scrambling to change their flights amid fears of border closures and lockdown.

Liam McIntyre’s flight from Sydney to Melbourne was originally scheduled for Saturday, but he swiftly changed it to Friday as the true scale of the northern beaches cluster came to light, with 28 cases now linked to it.

“I was watching it on the news and I thought straight away I was going to change my flight,” he said after touching down at Melbourne Airport on Friday morning.

“I’m not taking the risk of the border shutting, and all my friends from Sydney who are originally from Melbourne and want to spend Christmas with their families are doing the same thing.”

The 26-year-old was even prepared to extend his stay in Melbourne and work remotely pending Sydney’s coronavirus predicament.

He also described chaotic scenes at Sydney Airport, moments before he departed.

“Three weeks ago it was a ghost town, but there were a lot more people around and quite a few not knowing what was happening,” Mr McIntyre said.

“Masks were just recommended on the flight over – I’d say 50 per cent, being generous, were wearing them.”

A permit system will be introduced from midnight for all NSW residents travelling to Victoria.

People who have been to the northern beaches of Sydney since December 11 will not be granted a permit to travel to Victoria.

Grant Humphries told NCA NewsWire he had been “lucky” to fly into Melbourne to see his newly born grandson for the first time this year but said other family members might not be so lucky.

“Things have obviously escalated from the time we left Sydney to now,” he said on Friday morning.

“There’s a big worry because on the slip of paper handed to us at Melbourne that shows all the red zones and hot spots in Sydney, there were places in south Sydney that hadn’t yet been on the news.

“It’s obviously growing and we’ve got other family flying to Melbourne which may now not happen.”

Flying out of Melbourne, Michael Johnston, his partner Carolyn Donohue and daughter Lucy were planning three days in Sydney to spend time with loved ones and go Christmas shopping – before flying to Hamilton Island for a family getaway.

But they changed their flight so they could bypass Sydney.

“We’ve just been on the phone to everyone and they’re all saying ‘what are you doing, don’t go to Sydney’,” Ms Donohue said.

At the time Mr Johnston hadn’t heard Queensland Premier Annastacia Palaszczuk would allow anyone travelling from other parts of Sydney or the state to enter – but no one from the northern beaches.

“We’re still uncertain even though we’ve changed our flight – we don’t know what the Queensland Premier will say, so we’re waiting around for that,” he said.

“Our Sydney family all changed their flights to tomorrow as well – we’ve spent the whole year wondering if Victorians were going to get to come to Queensland and now at the 11th hour it’s us.”

There are now 28 cases linked to the northern beaches cluster, with health authorities issuing warnings for dozens of other venues. 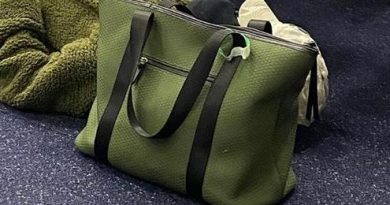