Commuters are being met with chaos across Sydney’s train network after a person was injured at a station in the city’s west.

There are major delays across the T1, T2, and NSW TrainLink West lines, meaning travellers heading out west or away from the city are being urged to reconsider their route or allow plenty of extra travel time.

Earlier, it was revealed a person was injured at Granville station, near Parramatta.

“The person is now safely in the care of paramedics at Granville,” T1 Sydney Trains tweeted.

The person is now safely in the care of paramedics at Granville.

Major flow on delays will continue to affect some #WesternLine trains in both directions and some #NorthShoreLine trains travelling away from the City.

“Major flow-on delays will continue to affect some Western Line trains in both directions and some North Shore Line trains travelling away from the city.”

The flow-on effect has also caused delays on the T5 and T8 lines.

“Some T8 services travelling away from the city are delayed. Stopping patterns may change for some trains,” the T8 Line tweeted.

Commuters have taken to social media to voice their frustration.

“Talk about being COVID safe … train is packed and now it’s gone from a limited stop train to an all stops,” one person said.

Another said: “A bit late getting this message out to people.”

A fellow traveller was a little more understanding: “Awful news that someone was hit by a train at Granville this morning. Hopefully they’re okay.”

Alaska Airlines passenger threatens to ‘kill everybody’ on plane 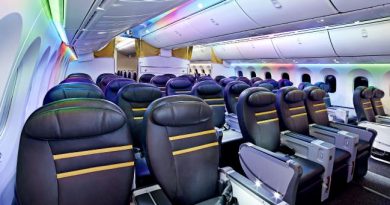