A couple fear their $8500 holiday will not go ahead after new visa rules mean they may not be able to travel.

Jean van Wyngaardt and his partner Kasia Luzynska, who live in the UK, paid $A8700 on a trip to New Zealand last April and are due to travel this month.

They both assumed they would not need a visa as they are from visa-waiver countries for New Zealand tourists – Jean, while South African, is a permanent resident in the UK while Kasia is Polish.

However, a New Zealand Electronic Travel Authority (NZeTA), similar to a US ESTA, is needed after being introduced in October.

It has caused some confusion as the website explains: “If you are from a visa waiver country you must hold an NZeTA before you travel.”

Jean explained to Stuff.nz: “The NZeTA visa waiver page states you can apply for the NZeTA if you have the right to reside permanently in the UK.”

Kasia was quickly able to apply for the visa waiver.

However, Jean realised that he wasn’t eligible even though he is a permanent resident in the UK, as he would have to have a UK passport – he travels with his South African one.

He added: “(It’s) incredibly ambiguous. I mean, why would a UK passport holder not have the right to reside in the UK?”

Jean contacted the New Zealand immigration centre, where he was passed between call servers as they “were not even sure” themselves.

He was then forced to apply for a visitor visa instead on December 5, with their holiday planned for January 15.

Despite it taking up to 30 days, Jean is still without the visa – and is left terrified their holiday will have to be cancelled or cost “three times as much” for new flights.

Jean said: “The airline has said that if I can’t make the flight from Singapore to New Zealand, they will cancel all the flights, with no refund.”

While Kasia would go on the holiday herself, Jean said he would be sad to miss out on a “trip of a lifetime” due to the new rules.

They aren’t the only couple to have run into problems.

David and Lisa Caldwell, from the US, were forced to rebook their flights after realising they needed to apply for a NZeTA 24 hours before their flight from LA to New Zealand.

Immigration New Zealand acting deputy chief executive Catriona Robinson told Stuff.nz: “Some UK passports issued to residents of UK overseas territories do not allow the holder to reside in the UK, which is the reason that amplifying information is provided against the entry for the United Kingdom.”

NZeTAs cost between $A8.60 and $A11.45 and can take up to 72 hours to process, according to the website, and you can check if you are eligible with their criteria checker.

Several travellers were forced to miss their flights to the US after their visa-waiver ESTAs did not arrive after the website underwent maintenance. 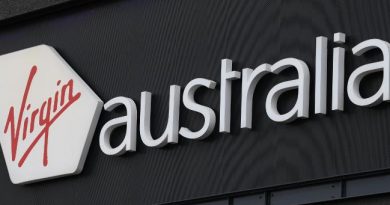 Why Federal Government refuses to bail out airline