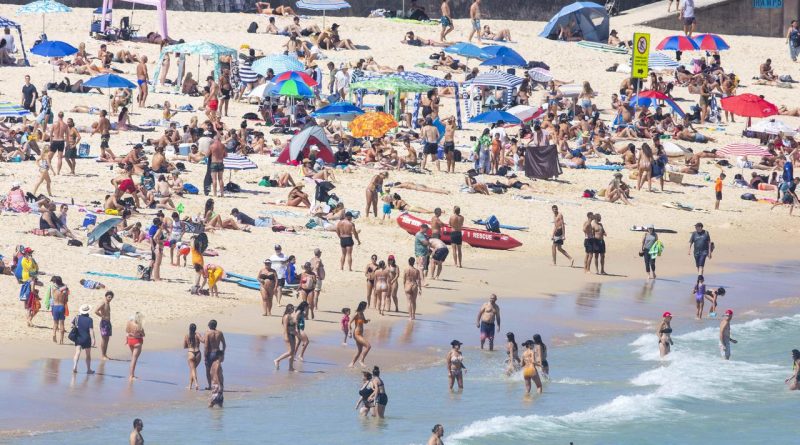 It’s not that these popular travel destinations are completely overrated.

But at a time when holidaying domestically is our only option, it will be nice to escape the predictability of the same old familiar spots.

The locations on this list are some of Australia’s most iconic tourist destinations for good reason – but for something a little different, try their worthy, lesser-known alternatives, which can often be found right next door.

It’s a beautiful stretch of sand populated by equally beautiful people. But is it the best in Sydney? There’s plenty of debate on that score.

Two things you need to know about it:

1) The local subculture of single origin kale and people who can’t wait until Pip Edwards brings out wedding dresses is so – let’s call it, “quirky” – that it has spawned the excellent satirical Bondi Hipsters comedy troupe.

2) A local chap by the name of Janek Gazecki recently put forward a proposal – which was roundly shouted down – to set up a beach club that charged punters to plonk themselves on the famed sands.

If you’re over it: Try Maroubra Beach. It’s less crowded for a start and still retains a sense of the working-class lack of pretension that once characterised Bondi. There’s an excellent pub – The Bay Hotel and Diner, top value fish and chips at Barnacles and a pair of SLSCs to watch over the family.

If the phrase “beloved by Instagrammers” already has you bristling, you might want to avoid this particular stretch of sand.

The 84 brightly coloured bathing boxes – essentially tiny houses before the term was invented – are the drawcard here but woe betide the riffraff who thinks Joe Public might gain access to them to shuffle out of their capris and into their Speedos.

If you’re over it: Plug Half Moon Bay into your GPS. For a start, it’s crescent topography shelters it from the wind that can howl through Brighton and the hulking HMVS Cerberus sits just offshore. Now that’s a photo opp.

For a CBD garlanded with drop-dead stunning buildings, this central artery feels in danger of contracting architectural sclerosis.

It’s a mishmash of chain stores and new builds with little aesthetic cohesion which overwhelms the historic Adelaide Arcade (which, by the way, is definitely worth the trip in itself).

If this was in the city’s checkout basket, its SKU would be “generic pedestrian mall”.

That said, the historic water fountain and Bert Flugelman’s spherical sculptures – aka The Mall’s Balls – are certainly worth a tarry. If only the local planners had found theirs.

If you’re over it: Swing off the eastern extremities of The Mall into Ebenezer Place, a meandering enclave of top-notch cafes, vintage fashion (Old Midwest is a must) and independent labels. You’ll scarcely believe you’re in the same city.

Also be sure to check out the Adelaide Central Market for over 70 artisan providores. Established in 1869, it’s a delicious slice of history.

Right now, there are most probably a bunch of indignant Queenslanders slamming their XXXX tinnies onto the bar and asking if we “want to take this outside”. Settle petals.

The gripe here is that Airlie is like Ringo where the rest of the adjacent islands are the rest of The Beatles. It’s necessary and provides a base but the real magic is actually nearby on the islands.

Case in point: The word beach is in the name but you can’t venture into the surrounding inviting waters for much of the year without risk of injury.

If you think this article has a sting, wait to meet one of the local jellyfish. Fair play though, in the wake of 2017’s Cyclone Debbie, Airlie has seen somewhat of a regeneration with less emphasis on backpackers looking for their next Tinder body shot and more on families.

If you’re over it: May we suggest decamping 45 minutes up the coast to Bowen – home of Australia’s best mangoes.

The ultra-chilled seaside town feels much like the holidays many Boomers and Gen X-ers enjoyed back in the day, plus there’s a 1950s Art Deco cinema, plus the northeast facing Horseshoe Bay which is oftentimes free of the stingers which maraud these waters. But be sure to check that day’s conditions with the lifeguards.

Hear us out. Where certain other areas have coasted by on a stream of one-off international visitors and their reputations, this beloved hamlet has unfortunately been a victim of its own stature as the quintessential Australian beach town.

Recently, this has not been helped by the fact that it’s pretty much the furthest an A-lister can get from Sydney without contravening COVID border mandates.

All this means a massive swell in population – and that’s just the paparazzi swarms trying to snap a Hemsworth. Again, we’re not saying don’t go – you should.

And while you’re there patronise one of the many small businesses that service the tourist industry. Just know what you’ll get right now.

If you’re over it: Lennox Head is just 15 minutes down the road and the place many Byron Bay residents scoot to when they want to escape the BB vibe for an arvo.

The beach is amazing and there’s way less chance of someone dropping in on your wave, Lake Ainsworth is brilliant for messing around in boats, the Lennox Head Markets bursts with local produce and what’s not to love about the local public transport operated by Blanch’s Bus Company?

Five places to have a picnic this summer

This article originally appeared on Escape and was reproduced with permission 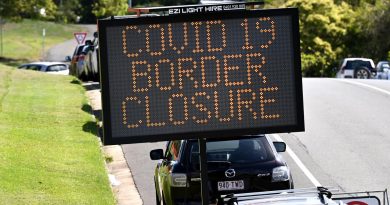 Is this the end of Australia’s COVID border closures? 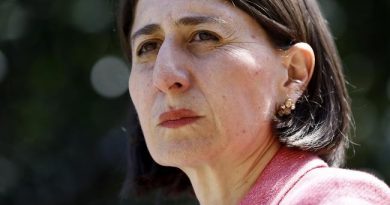 NSW to hit states and territories with $140m bill this week

US flight diverted after woman strips down to underwear