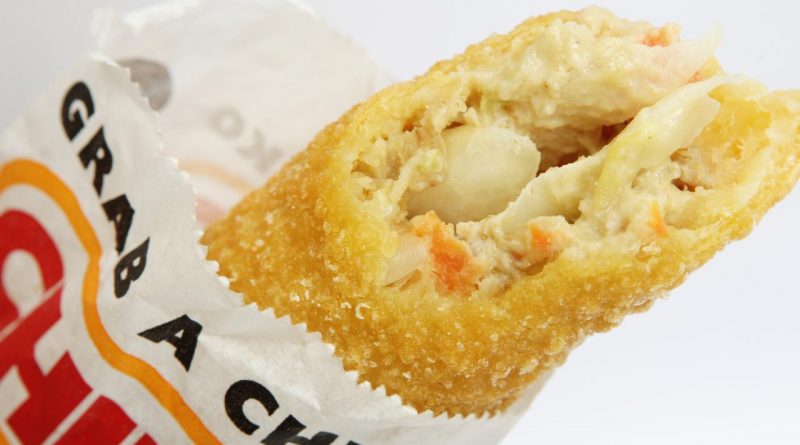 Barbecues used to be called “chop picnics”, and SAO biscuits are named after Salvation Army Officers. Prepare to have your mind blown with these charming Aussie food facts.

How the SAO biscuit got its name

The humble SAO biscuit was apparently originally created as a “charity” biscuit that was handed out by Salvation Army Officers, hence its name.

“Chop picnic”. Seriously. Reaching the height of their popularity during the 1920s and ‘30s, chop picnics almost invariably took place in the bush, with meat impaled on green sticks and cooked over a fire.

The guy Lamingtons were named after was super ungrateful

Lamingtons were invented in Toowoomba, and were named for Lord Lamington, who was serving as Governor of Queensland at the time. But it seems that he loathed them, calling them “those bloody poofy woolly biscuits” (according to James Shrimpton in his book, “Australia: The tale of Baron Lamington and an improvised cake”).

The birth of the Aussie classic, the tuna casserole

In March 1953, the Dubbo Daily Liberal and Macquarie Advocate published a recipe combining a can of condensed mushroom soup with milk, tuna, crushed potato chips and green peas, marking the emergence in Australia of the ubiquitous tuna casserole – something that became a household staple for decades.

Dim Sims were invented in Melbourne

The Dim Sim was developed by Chinese chef William Wing Young for his restaurant “Wing Lee” in Melbourne around 1945.

… and they were marketed to young women trying to lose weight.

They tried to rename Vegemite for a spell

For a space of seven years in the 1920s, Vegemite was renamed “Parwill”, during an advertising campaign designed to outsell Marmite. Their slogan was “Ma might, but Parwill”. It flopped spectacularly, and they went back to Vegemite in 1935.

How Bertie Beetles came to be

Bertie Beetles were invented as a way to use up leftover honeycomb from the production of Violet Crumble.

There is an Australian law that prevents Anzac biscuits from being called cookies. Subway wanted to sell Anzacs at their Australian stores, but couldn’t, because of their insistence on calling them cookies. “Referring to these products as ‘Anzac Cookies’ is generally not approved, due to the non-Australian overtones,” the Department of Veterans’ Affairs (DVA) advises.

Fruit Tingles can be used for medicinal purposes

Fruit Tingles contain sodium bicarbonate, which is an effective antacid. Midwives used to recommend them to pregnant women back in the day.

In the early 1930s when Smith’s Chips were first produced, they included a packet of salt, because machines to pre-salt chips had not yet been invented.

The name of the Chiko Roll makes zero sense

The Chiko Roll was invented by Australian Frank McEncroe, inspired by the Chinese spring roll and first sold in 1951 as the “Chicken Roll” … despite not actually containing any chicken.

Australia’s Whitehaven ranked best beach in the world by TripAdvisor