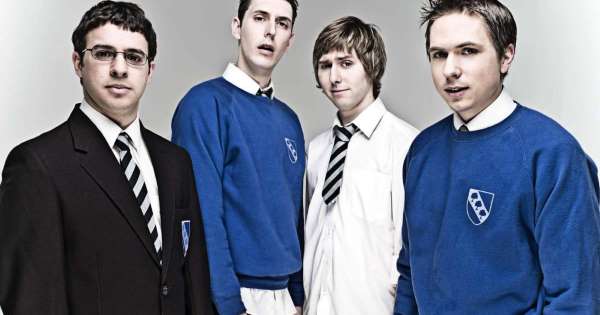 Sarah Jessica Parker will wish you a happy birthday. Jack Nicklaus will tell you golf stories. John Cleese will read out your poem. Of the thousands of stars who signed up for the celebrity shout-out app Cameo last year, though, only one was popular and industrious enough to make 10,000 videos. For a very reasonable fee, the man behind them will enthusiastically call you a “briefcase wanker”.

The most prolific performer in the world on Cameo in 2020 was James Buckley, the catchphrase-happy British actor and comedian beloved by a generation for his performance as Jay Cartwright in the Inbetweeners, new figures shared with the Guardian reveal.

Whereas Nicklaus asks for £750 for a personalised video, Buckley, who topped the leaderboard even though he was on the app for only nine months of the year, charged an initial rate of £36 a pop, which has since risen to £55. He fulfilled his fans’ orders at the formidable pace of 37 videos a day.

Cameo declined to share his overall income. But even after the platform takes its 25% cut, he has made, at a conservative estimate, at least £300,000.

“He’s ready to do the work,” said Martin Blencowe, one of the company’s co-founders. “He takes it very seriously. It is a job. To a certain degree.”

Related: The rise of Cameo, the message service that can earn athletes $30,000 a day

Remarkable in its own right, Buckley’s success is also an index of the counterintuitive unit economics of the microcelebrity era where, as Blencowe’s colleague Steven Galanis told the New York Times, the talent with most to gain may be “people who are more famous than rich”. No 1 in revenue, Galanis said, is Brian Baumgartner, who played Kevin in the US version of the Office, and brought in about a million dollars.

“Ordinariness is such a key ingredient in celebrity,” said Hannah Yelin, senior lecturer in media and culture at Oxford Brookes and convener of Celebrity Culture Club, a forum for academic discussion of fame. “And celebrity culture loves irony. We love to be in on the joke and show that we’re not suckered in by the smoke and mirrors of celebrity mediation. And we love stars who show us they’re also in on the joke by puncturing the pomp of high celebrity with a knowing wink.”

Boyd Hilton, the entertainment director of Heat magazine, said Buckley’s success was consistent with the medium’s strengths. “The whole thing about Cameo is, it’s the person who, if you were a fan, you’d see them in the street and think, I’ve got to get them to record a message. You’d almost rather get someone from the Inbetweeners than David Beckham.”

Buckley, who has admitted in the past that he feels self-conscious about his fame, once told the BBC: “I’m just a bloke. Just come and talk to me, I’d love to talk to you.” As well as his acting work, he has carved out a YouTube career with a channel devoted to video games. He was initially pessimistic about his prospects on Cameo after being introduced to the platform by the Harry Potter star Tom Felton, said Blencowe, who was living with Felton at the time.

“I remember being sat there after we asked, and Tom told me [Buckley] doesn’t think anybody is going to book him,” he said. “But I knew he was perfect for it. I thought, he’s not only going to make so many people happy, he’s going to make a fortune.”

© Provided by The Guardian
Simon Bird, Blake Harrison, James Buckley and Joe Thomas in the Inbetweeners in 2008. Photograph: Alamy


Through Cameo, Buckley declined to be interviewed for this piece. But in an introductory video on his profile page, he is admirably straightforward about the rationale for his efforts. “I got asked a load of times to do video messages for people, and I could never be bothered to do it, until I found out that there was a way that I could do it for money,” he says cheerfully. “Again, here for the money.”

If the profit motive is clear, nobody could complain that he does not give it his all. Whereas some of the bigger names on the platform produce content that most closely resembles a hostage proof-of-life video – Parker’s videos raising funds for the New York Ballet, for example, are never more than 15 seconds long and feature the actor wearing a vaguely repulsed facial expression that suggests somebody nearby has just farted – Buckley’s zeal is as sincere as his material is revolting.

Often wearing a baker boy cap and thick beard that underline the years that have passed since his Inbetweeners days, in videos that sometimes stretch to as long as three minutes, he gives furloughed workers a pep talk, or salutes the efforts of NHS mental health nurses, or – somewhat controversially – reminds Oldham residents of lockdown guidance on behalf of the council.

Buckley’s USP is his stock of Jay’s opaque adolescent catchphrases (“one-pump orgasm”, “completed it, mate”, “bring your wellies”) and his facility with the incredibly profane – such as the congratulatory message to a new mum with a punchline way too disgusting to be published in the Guardian. Satisfied customers have given him almost universal five-star reviews.

Among them is Dalton Bramley, owner of the Gorilla Garms clothing shop in Chesterfield, who asked Buckley to tell prospective customers that they would get a 20% discount if they used the phrase “briefcase wanker”.

“I’m not at all surprised he’s so popular,” Bramley said. “He’s the only person who would aggressively and actively insult you. You could get an A-lister, but people don’t relate to them. With James, you see him and he just reminds you of your childhood. I love the Inbetweeners, I probably say a quote from it every single day.” He has ordered three videos so far, and plans to get more.

“He’s been really lovely,” he added. “He doesn’t usually shout out businesses, but because I was an independent and it’s tough times he made an exception. I do get kids coming in and calling me a briefcase wanker and running off now, but it’s been great.”

While some social media users have mocked Buckley for his use of the platform, most seem entirely comfortable with his career pivot. Hilton agrees. “I don’t think it’s bleak at all,” he said. “People forget it’s a wonderful comedic performance in a treasured show. To me it’s a heartwarming story, that you can make hundreds of thousands from creating such a beloved character. I’m thrilled for him.” 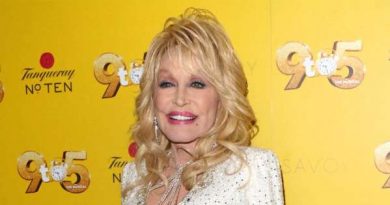 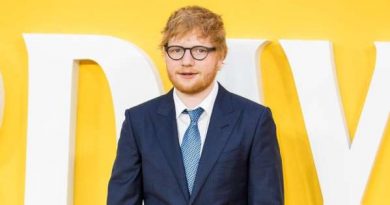 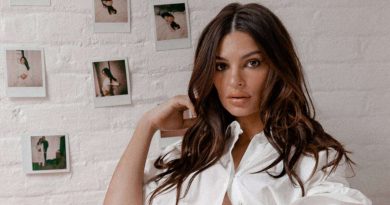 Emily Ratajkowski reveals the secret to her stunning pregnancy hair