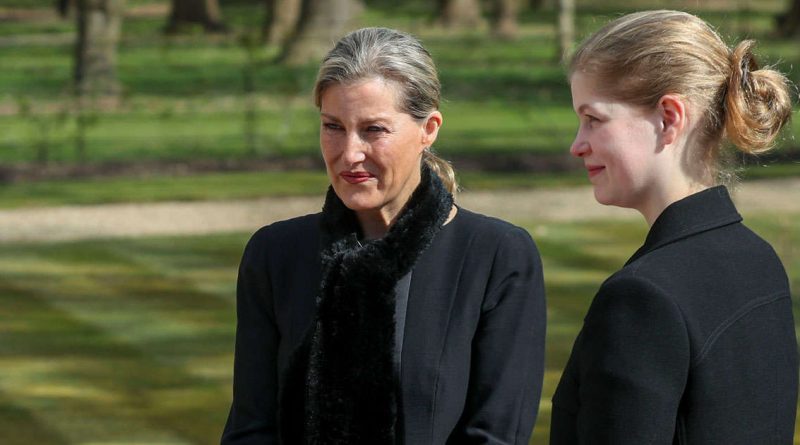 
The Countess of Wessex was spotted during a rare off-duty moment on Friday, as she was accompanied by her daughter Lady Louise Windsor to view floral tributes for the late Duke of Edinburgh.

Sophie, 56, was visibly moved by the tributes laid outside St George’s Chapel ahead of her father-in-law Prince Philip‘s funeral on Saturday 17 April.

The Duke passed away last Friday aged 99, and many bouquets and heartfelt messages have been left in his honour over the last week.

The Countess was dressed casually for the occasion, wearing a black jumper and jeans, which made a change from her usual attire.

Her daughter, 17, who she shares with Prince Edward, was also dressed casually in a grey jumper. The pair were earlier seen looking over handwritten letters from children, clad in smart black ensembles.

While looking at the letters, Sophie could be heard saying “how sweet” before speaking to her husband Prince Edward about the number of bouquets that had been gathered.


The Countess of Wessex was dressed casually for the occasion

On Sunday, two days after the Duke of Edinburgh’s tragic passing was announced, the Earl and Countess of Wessex headed to The Royal Chapel of All Saints in Windsor for a church service.

After the service, they took the time to meet the members of the congregation.

Their daughter was also present on the visit, and wore black in honour of her late grandfather.


Lady Louise Windsor was dressed in all black

Her wool jacket was from Prada, and featured gold buttons which matched the gold detailing on her black shift dress perfectly, which was also by the high-end brand.

Louise also carried a Loewe black leather bag, and we loved that she had borrowed the outfit from her mother, keeping it in the family for this very sad time. 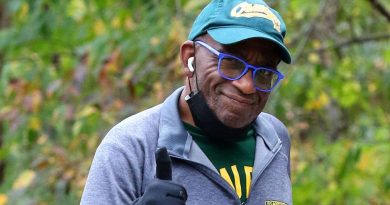 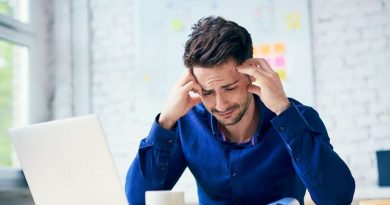 Up to 96 Percent of COVID Patients Have This Lasting Complication, Study Says 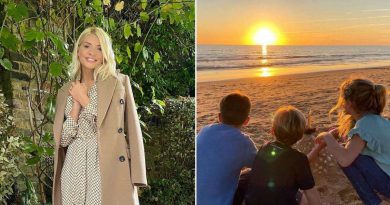