Hundreds of flights have been cancelled across the UK with many pilots forced to abort landings amid the Storm Dennis chaos.

Several planes struggled to land across the country this weekend amid ferocious 146km/h winds and torrential rain.

Around 170 flights were cancelled in the UK as of early Sunday morning but that number has risen throughout the day.

Shocking footage captured at the London Airport shows a pilot trying and failing to land during the horror weather. Another video shows a different flight – an Etihad A380 – blown from side to side before safely touching down.

The massive four-engine jet battled the challenging conditions, but a spokesperson for the airline said the stunning landing was down to pilot skill.

“Weather conditions at London Heathrow during the recent storm event, Dennis, caused some very challenging conditions for all pilots,” an Etihad spokesman said.

“A combination of very sophisticated aircraft technologies and pilot training today allow aircraft to operate in conditions that they couldn’t 20 years ago.”

Other clips show planes landing at Birmingham Airport, descending slowly as they battle the winds.

Several other jets shook and swayed in the air above the airport but managed to touch down safely.

Others bounced on the runway after landing but despite the frightening scenes the planes were able to land successfully.

EasyJet has cancelled about 118 flights, while British Airways has axed around 50.

Meanwhile, British Airways confirmed 40 short-haul flights to and from Heathrow last night and this evening had been cancelled, with routes to Amsterdam and Glasgow the worst affected.

Gatwick Airport said that due to Storm Dennis, they were forced to cancel some flights.

“We advise passengers to allow plenty of time to get to the airport and to check the status of their flight with their airline,” a spokesperson said.

“Affected passengers are being given the option of receiving a refund, transferring their flight free of charge, or re-routing.

“We will do all we can to get our passengers to their final destination as soon as we can.

“We are also providing hotel rooms and meals for customers who require them.” 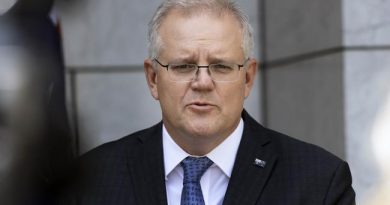