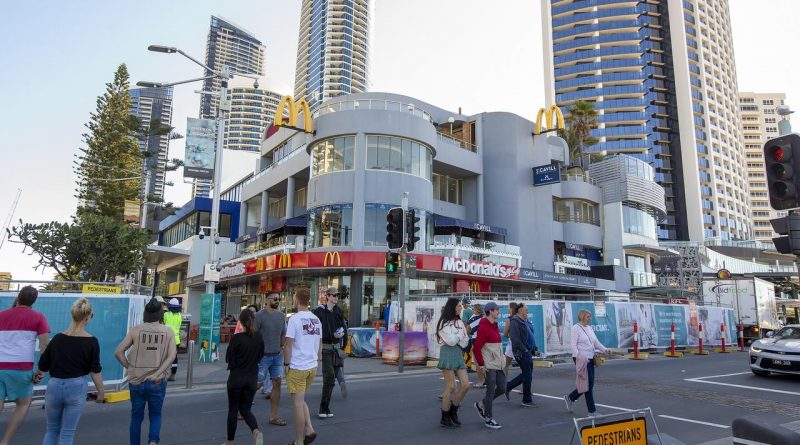 The Queensland government has urged Sydneysiders barred from entering the state this Christmas to hurry up and cancel their holiday bookings, so locals can snap up their empty rooms.

Queensland’s tourism Minister rubbed salt in the wound just hours after the state blocked people from Greater Sydney from visiting the state over the weekend, and instituted a hard road border closure.

The border moves were in response to a coronavirus cluster in Sydney’s northern beaches, which continued to grow on Monday, albeit at a slower pace than previous days.

Tourism Minister Stirling Hinchliffe said the border closure provided “certainty” for Sydneysiders and urged those who wouldn’t be able to reach their holiday destinations because they’ve been locked out to cancel bookings swiftly.

“Right now, there has never been a better time for Queenslanders to take a break in their own state for a world-class holiday experience.”

He said many accommodations booked by people from Greater Sydney were in destinations “now hard to find”.

“Demand for a Queensland holiday has been strong this summer with many holiday-makers still looking for accommodation in their favourite destinations.”

He also asked tourist operators to be flexible on refunds when possible.

Sydneysiders traditionally account for 10 per cent of summer holiday makers in Queensland, the Minister said.

Since border measures were reintroduced on Friday, Queensland Police have intercepted and turned back 81 people and placed 112 into quarantine.

Anyone enter Queensland from NSW will require a permit to cross the border via road or air, while anyone who has visited a declared hotspot in the last 14 days will be turned back.

Queensland’s definition of Greater Sydney for the purpose of the hot spot designation stretches all the way from the Central Coast down to Wollongong and west through the Blue Mountains.