People are rushing to get out of NSW over fears tougher border restrictions could be imposed on the state ahead of Christmas.

Multiple states and territories have already reimposed border restrictions for the northern beaches, with some even requiring all NSW residents to go into mandatory quarantine upon arrival.

Pictures from Nine’s Today showcrowds of people packing the airport as people desperately try to leave the state.

The northern beaches COVID-19 cluster has grown to 17, with the NSW Premier warning residents to prepare for more cases over the coming days.

Genomic testing has revealed the cluster is linked to an international strain of the virus but authorities are yet to find the source of the outbreak.

Queensland, Victoria, Tasmania, the ACT, Northern Territory and Western Australia have all announced new restrictions for people who have been in the northern beaches.

If you arrive in Queensland after 1am on Saturday, you’ll be required to go into hotel quarantine at your own expense.

In Western Australia, anyone arriving from New South Wales from Friday onwards will have to quarantine for two weeks.

If you travelled to WA from NSW since December 11, you must get tested and then self-isolate until you get a negative result.

Tasmania has banned anyone who’s been in the Northern Beaches area on or since December 11 from entering the state.

The Northern Territory has declared the Northern Beaches a virus hotspot.

“Anyone who has already arrived in the Northern Territory from Northern Beaches Council LGA on or after December 11 needs to arrange for a COVID-19 test and self-quarantine while awaiting the test results,” the NT Government said.

Victoria has asked anyone who’s been in the Northern Beaches area since December 11 to “stay at home and get tested tomorrow”.

The northern beaches has now shut down all of its public spaces until at least Sunday.

More than 250,000 residents in the area have been told to stay home for the next three days, with questions arising over whether the northern beaches will be put into an Adelaide-style “circuit breaker” lockdown.

“We’re blessed with where we are. We work hard to live here and we have 20-plus beaches, I think a lockdown over summer is not necessarily a bad thing,” he told ABC News Breakfast.

“It is not great. It ruins people’s plans for Christmas and travel and catching up with family.

“I’m as affected as anybody else, but it helps keep everything in check and the state in check and the nation in check as well, if it is the right thing to do, then we should do it and we will be guided by what NSW Health says, but I don’t think we should ignore that request if it comes our way.”

Premier Gladys Berejiklian said contact tracers were racing against the clock to get a handle on the cluster in time for Christmas.

She said the next 24 to 48 hours would be “critical” in containing the spread.

“You can get a whole outbreak without too much warning and that’s exactly what’s happened. All of us have to adjust. Pull together as we have previously. Get on top of it,” Ms Berejiklian told Today.

“At least in the next few days, if we see that we are on top of it, there is no reason why people can’t look forward to a Christmas they were hoping to have. But the next 24, 48 hours are absolutely critical.

“That is why we are working night and day to get on top of it. But we need the public’s help. The public has been fantastic up to this point.

“We just need your help. If you live on the northern beaches, please follow the health advice.

“If you live in Greater Sydney, please take extra precautions. If all of us pull together and do the right thing, we have a greater chance of having a good Christmas and all of us, I think, deserve to be with our loved ones an have a break. But that will rely on how we pull together over the next few days.” 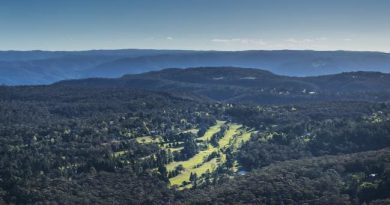 Complete guide to the hi ghest spot in the Blue Mountains