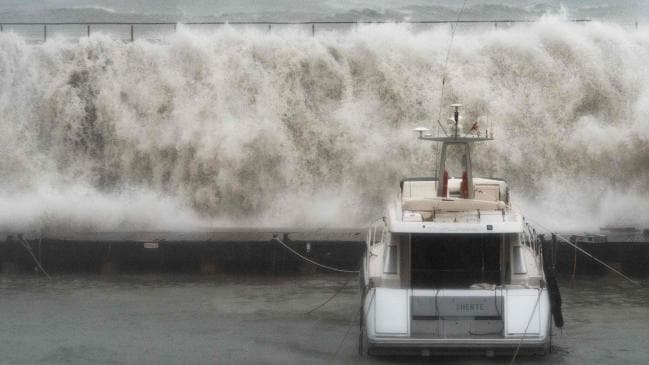 Amid the chaos, rescue teams in Ibiza are searching for a British man on holidays feared to have been swept away during the onslaught.

It’s been reported the missing man is one of the crew members of a boat that docked in the port of Ibiza.

Meanwhile, hundreds of thousands of people in the north of the mainland are now without power in the wake of the winter storm that even coated roads near Benidorm in snow.

The northeast and the Balearic Islands are now on high alert as forecasters predict even more gales, heavy rain and icy conditions.

A wave nearly 15 metres high, which was described as a “record-high”, was recorded off the holiday island of Menorca at 1pm local time on Tuesday

Port authorities reported towering waves of nearly 8.5 metres were battering Valencia – which they later revealed was also a record.

Nine provinces are still on orange or yellow alert because of huge waves and even fears of avalanches.

Gloria is also expected to bring heavy rains to Catalonia, increasing the risk of shocking floods in towns and villages neighbouring rivers.

The interior minister has described the storm as “exceptional” while the UK Foreign Office has issued an “extreme risk” warning to tourists heading to the area.

It’s also been reported the death toll will almost certainly rise as several people are missing after Gloria struck.

Videos showed waves crashing over the seafront walls and sending water cascading down the street towards buildings in Cala Ratjada on Majorca.

One woman was filmed trying to get into her house in the resort up to her waist in the bizarre foam.

The storm, described by the head of Barcelona’s beach services as “probably the worst this century”, continued to cause more destruction throughout last night.

It has already been linked to eight deaths, including that of a 43-year-old engineer killed by an out-of-control van as he tried to put snow chains on the tyres of a car.

On Tuesday afternoon, emergency crews in Majorca revealed they were calling off the search for a missing 27-year-old man who disappeared after going abseiling with two friends.

The search operation had to be suspended because of the bad weather.

It also emerged a Spanish 67-year-old was also missing feared dead after his car was carried away in a flood area as he drove from Benidorm to nearby Callosa d’En Sarria.

Several beaches, including Arenal Beach in the Costa Blanca resort of Javea, were also covered under the foam that invaded Tossa.

In Girona in northeast Spain, locals started preparing for the nightmare scenario of the River Onyar bursting its banks.

Rosa Maria Pardo, owner of a shop next to the river, told a local paper: “We are really frightened.”

Nearly 50 people were evacuated from their homes in Ontinyent near Valencia because of the risk of the River Clariano bursting its banks and water flooding their properties.

Inside Titanic submarine tour that will take you to shipwreck 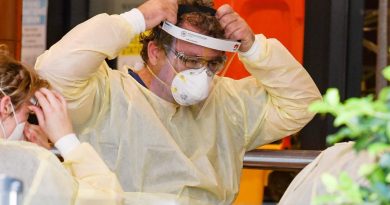