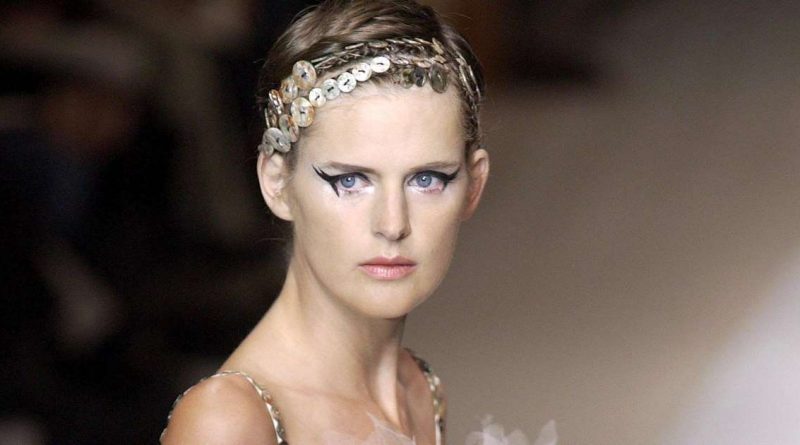 
No one in fashion could guess what would succeed the smiling, buoyant healthfulness of the international supermodels who commanded catwalks and covers in the late 1980s and early 90s. The unexpected next big things turned out to be very particularly British: bad-waif Kate Moss, and cool aristo Stella Tennant, who arrived on the pages of British Vogue in 1993. She has died suddenly, shortly after her 50th birthday.

Tennant’s appeal had been prefigured in the release that year of Sally Potter’s film of the Virginia Woolf fantasy novel Orlando, its hero/heroine (nothing so simple as androgynous) played by Tilda Swinton; pipe-cleaner thin, tall, pale, unpainted, with a body language both male and female, and an ever-unready smile. Totally Tennant.

At the time, Tennant herself was a graduate in sculpture from Winchester School of Art, who, realising she did not have enough to say to become an artist, had tried and failed to monetise her near 6ft height and remarkable bones in modelling. She had had a unique look since childhood – chopped her own black hair urchin-tousled, flaunted the punk clothes her older sister forwarded from London and wore a nose ring. (Her farmer father offered to lead her round his bull pen.)

A friend arranged for Tennant to send passport pictures to an assistant at British Vogue, Plum Sykes, then working with the stylist Isabella Blow on a shoot called Anglo-Saxon Attitudes, with the US grunge look modelled by some ruined-looking English roses. Tennant was summoned to London from a Highlands holiday, travelled by sleeper train, arriving late on location in Spitalfields, and was immediately spotted as the newest face by the-then hottest photographer, Steven Meisel, despite that face being obscured by panda black eyepaint – as well as the nose ring.

Meisel and the Vogue team invited her to Paris the next week to model for a Versace campaign (Tennant recalled “I thought, well, OK, that sounds fun”), and a resulting Meisel shot made the cover of Italian Vogue. Tennant hoped for six months’ profitable work – she was candid about being in modelling for the money, earned by her attitudinous slouch, unseductive catwalk locomotion, free-ranging elbows and a resting face not meant to ingratiate. (At art college she imitated favourite photographer Cindy Sherman’s technique of posing as stereotypes, and got them out of her system.)

© Provided by The Guardian
Stella Tennant with Karl Lagerfeld in 2011. Photograph: Benoît Tessier/Reuters


Tennant’s manner was so fresh that she soon had an agent, a flat in New York, and the unofficial record for being in the most catwalk shows, 75, in a season. They were then the money generator, though Tennant worked without demanding supermodel premiums just to get out of bed. She liked the small, close teams of the 90s, and learning at fittings about clothing crafts.

Karl Lagerfeld offered her bigger money in 1996, to replace Claudia Schiffer as the face, and thinner body, of Chanel. Schiffer had looked like an Amazon Brigitte Bardot, bosom bursting out of bared bra, and she grumbled about Tennant that being cool now meant heroin chic, looking like a junkie. But Tennant at Chanel gave up grunge other than her Sam McKnight spiked coiffure.

Lagerfeld had shrewdly seen in her a resemblance to the young Coco Chanel, who wore actual men’s clothes for sports and larks, underplaying her femininity. He also liked Tennant’s emphatic rootedness in Scotland; Chanel on a visit there had so fallen in love with its tweeds and woollens she made them a permanent element of her designs. Tennant in a Linton tweed overcoat and two-tone desert boots, raking her fingers through her choppy hair, was classic Chanel.

She was always Scottish first, born the youngest child of Tobias Tennant of the Glenconner family, which had made its fortune developing bleach for cotton cloth, and Lady Emma Cavendish, daughter of the Duke and Duchess of Devonshire (born Deborah Mitford). Her parents ran a farm at Newcastleton in the Scottish Borders, where, like older brother Eddy and sister Isabel, she went to the local primary before being sent to St Leonards school in St Andrews.

She found she had style, and just what that style was, wandering the hills in unsuitable footwear and smoking rebel cigarettes round the back of father’s barn. Growing up on a farm kept her grounded, she said. “Lambing and ewes, blood and guts and sex.”

Unusually for a fashion star, Tennant stayed faithful to her home territory. She announced her first retirement from modelling before she was 30, when she married (dressed by favourite designer Helmut Lang) in the local kirk with no celebs invited. Her groom was David Lasnet, assistant to the photographer Mario Testino; they had met on a shoot. (Lasnet later retrained as an osteopath.) They lived briefly in Manhattan before returning to Scotland, where they had a mews house in Edinburgh and a home in Edrom, Berwickshire, with a vegetable garden and chickens.

Tennant did not intend to keep modelling after the birth of their children, Marcel, Cecily, Jasmine and Iris, but it proved unexpectedly easy to take limited-length gigs, and she remained in demand for the rest of her life for ads, magazine work, regular catwalks, and an appearance in the 2012 Olympics ceremony as a distinctive British asset: “I haven’t found a better part-time job.”

In 2015, the London gunmakers Holland & Holland, now owned by the Chanel group, asked Tennant to help design their country gear: her own off-duty uniform, from solid wet heather proof shoes through to shepherd’s plaid wrap, was their ideal. (Though they never went as far as her thermal layer; she always wore a warm vest beneath those sweaters and shirts from Paris or Milan.) Tennant called in former Vogue stylist Isabella Cawdor as partner, and over the course of five years they created a range: their criterion was, whatever the garment, “You have to be able to climb over a barbed-wire fence in it.”


Tennant and Lasnet separated earlier this year. He and their children survive her. 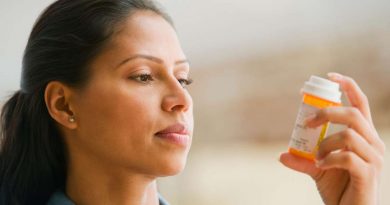 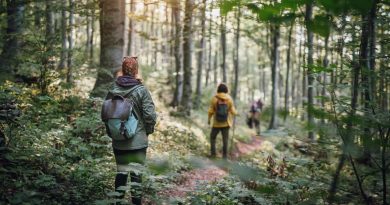 seven healthy ways to get more energy – from stretching to sourdough 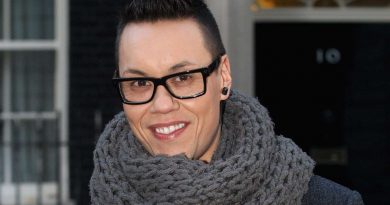 Gok Wan has the most beautiful courtyard in his home