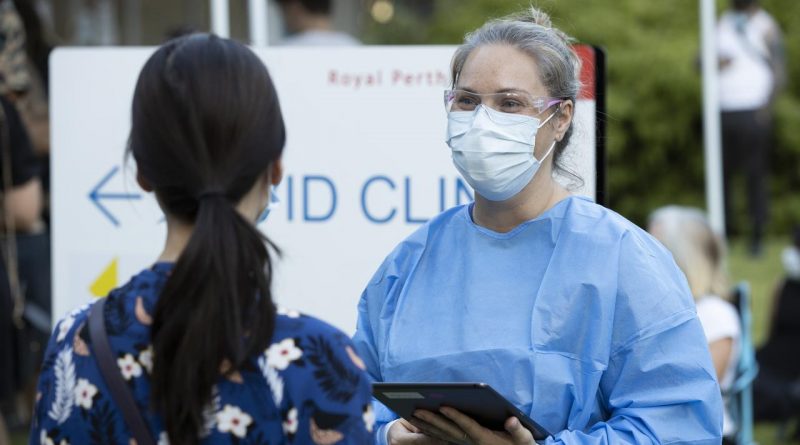 More than two million residents in Western Australians will wake on Monday to the start of a five day lockdown, after the state’s 10-month coronavirus-free streak came to an end.

A security guard at a Perth quarantine hotel has tested positive to COVID-19 – believed to be the highly contagious UK strain.

WA Premier Mark McGowan made the shock announcement that Perth, the Peel region and South West regions would be forced into a strict five-day lockdown from 6pm Sunday.

Mr McGowan said the man in his 20s had been working at Four Points by Sheraton where there were four active cases, including two of the UK variant and one of the South African mutant strain.

The guard from Maylands had tested negative on January 15, 17 and 23 but developed symptoms on January 28.

The news plunged the city into lockdown, and other state leaders have been quick to react.

The same rules that are in place for parts of Perth will apply to anyone arriving in NSW from those areas.

NSW Health said passengers who landed in Sydney from Perth on Sunday night had been screened for symptoms of COVID-19.

Travellers who have been in the Peel region, Perth and the South West region since January 25 will be required to get tested within 48 hours of arriving in NSW.

They will also have to follow the same lockdown rules as WA residents, including staying home for five days – until 5pm Friday.

“If they do not get tested, they are required to remain at home for a total of 14 days,” the department said.

Victoria has slammed its border shut to the majority of Western Australia and its traffic light system is in place.

Anyone who tries to cross the border from a ‘red zone’ will face a $5000 fine.

Travellers who have visited Perth metropolitan area, the Peel region and the South West region of Western Australia since January 25 will not be allowed to enter Victoria.

Those caught flouting the ban will be taken straight to hotel quarantine.

The sunny state was the first to respond to the news.

Anyone who has been in the LGAs of concern and arrive in Queensland after 6pm Sunday will be forced into 14 days of hotel quarantine.

Queensland Health said anyone who is already in Queensland and has been to Perth, the Peel or South West regions since January 25 should come forward for testing and isolate until they receive a negative result.

Perth and surrounds have been declared a COVID-19 hotspot by health officials in the Top End.

All travellers entering the Northern Territory from 7.30pm Sunday are required to go into mandatory quarantine in either Alice Springs or Darwin at a cost of $2500 per person.

“It’s getting more contagious, not less. And that means we need to be more vigilant than ever. We will keep doing whatever it takes to protect the Territory,” he said.

ACT Health has urged anyone who has been in the parts of Western Australia currently in lockdown since January 25, to quarantine.

Deputy chief health officer Vanessa Johnston said the quarantine period would be the same as the five-days enforced in WA.

South Australian residents have been warned to reconsider travelling to Western Australia.

State ­co-ordinator Grant Stevens said anyone holidaying or travelling in WA should consider returning to South Australia as soon as possible.

Travellers who arrived in Hobart from Perth on Sunday have been told to self-isolate.

“A flight from Perth has landed in Hobart late this afternoon. 108 passengers have been asked to self-isolate and told they will be contacted by Public Health,” he said.

“I am mindful that the WA Premier is encouraging people from other states and territories not to travel to WA at the moment so I would ask Tasmanians to heed that message and to defer their travel.”

The West Australian LGAs impacted by the lockdown include: 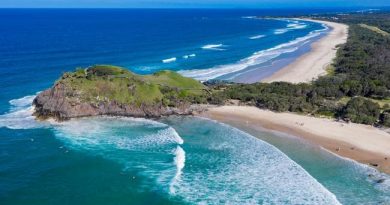