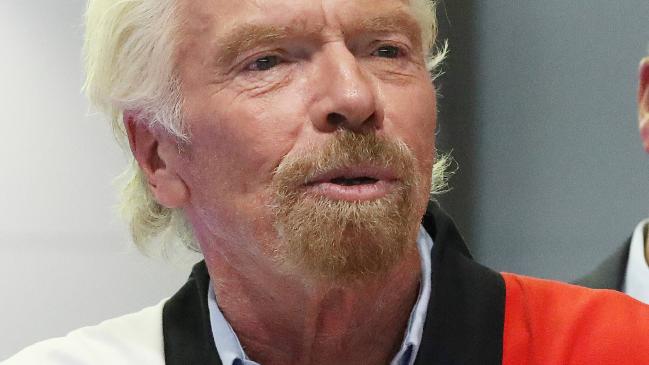 The letter, which was published just hours after reports Virgin Australia will go into voluntary administration after failing to find a way to keep the company afloat during the coronavirus pandemic, was addressed to the Virgin “family”.

There are more than 70,000 people in 35 countries working in Virgin companies, according to Sir Richard. In Australia, Virgin employs about 10,000 people directly and supports another 6000 jobs indirectly.

“For 50 years I have been humbled by the incredible pride our people take in working for Virgin,” Sir Richard wrote.

“It is the people across all our businesses, and the hundreds of thousands of people who have worked with us over the years, that make this company so special.”

But the letter took a darker turn, claiming “much has been said about me and our brand” and that it was “important for you all to know the actual facts”.

“I’ve seen lots of comments about my net worth – but that is calculated on the value of Virgin businesses around the world before this crisis, not sitting as cash in a bank account ready to withdraw,” he said, claiming a large chunk of his personal wealth was being invested across Virgin companies, with “a big part of that going to Virgin Atlantic”.

“The challenge right now is that there is no money coming in and lots going out.”

The man worth an estimated US$4.4 billion before the coronavirus pandemic also defended his decision to live on Necker Island, a luxury retreat in the British Virgin Islands where he regularly entertains celebrities.

“As with other Virgin assets, our team will raise as much money against the island as possible to save as many jobs as possible around the Group,” he said.

Virgin Australia is 90 per cent foreign-owned, with Singapore Airlines, Etihad Airways and Chinese conglomerates HNA Group and Hanshan owning 80 per cent between them, while Richard Branson’s Virgin Group still owns 10 per cent.

It’s understood Virgin Australia’s board held crisis meetings Monday afternoon in a bid to save the beleaguered airline. An official announcement over the airline’s future is expected on Tuesday following the NSW and Queensland governments failure to come up with enough cash to bail out the grounded airline.

“Over the five decades I have been in business, this is the most challenging time we have ever faced,” Sir Richard said in his missive to staff.

“It is hard to find the words to convey what a devastating impact this pandemic continues to have on so many communities, businesses and people around the world.

“From a business perspective, the damage to many is unprecedented and the length of the disruption remains worryingly unknown.”

In Australia, the company is struggling to overcome the $5 billion in debt from the COVID-19 pandemic. Sources have told media outlets the company was unable to secure further assistance from the federal government, despite repeated efforts.

Branson said he was “working day and night to look after our people and protect as many jobs as possible”, despite working in one of the “hardest hit sectors, including aviation, leisure, hotels and cruises”.

“We’re doing all we can to keep those businesses afloat and I am so thankful to all of you who have continued to work so hard in these difficult times,” he said, announcing Virgin had already committed a quarter of a million dollars to protect businesses and jobs.

“We will continue to invest all we can.

“The reality of this unprecedented crisis is that many airlines around the world need government support and many have already received it. Without it there won’t be any competition left and hundreds of thousands more jobs will be lost, along with critical connectivity and huge economic value.

Sir Richard made the case that Virgin provided “real competition” in the aviation market and without them, customers could suffer due to monopoly of the skies.

“Virgin Atlantic started with one plane 36 years ago. Over those years it has created real competition for British Airways, which must remain fierce for the benefit of our wonderful customers and the public at large,” he said.

“The same is true in Australia, where the brilliant Virgin Australia team is fighting to survive and need support to get through this catastrophic global crisis.

“We are hopeful that Virgin Australia can emerge stronger than ever, as a more sustainable, financially viable airline.

“If Virgin Australia disappears, Qantas would effectively have a monopoly of the Australian skies. We all know what that would lead to.”

Prime Minister Scott Morrison earlier said the government would not budge on independent financial support for the airline, and that any assistance will be provided on a sector-wide basis.

On Monday, Virgin staff also begged the government to step in.

“We cannot collapse, we beg you to help Virgin,” one staff member at a media conference at Melbourne Airport said today.

Another emotional employee, Tony Smith, said, “Virgin is my home away from home. They are my brother, my sister, my mum and dads, my grandfather.”

But he ended by saying “it really breaks my heart to see the impact this pandemic is having across people’s lives and businesses around the world.

“When this crisis passes, as it eventually will, the world will be very different to the one we are used to. I know we will come out stronger and kinder to each other as a result.” 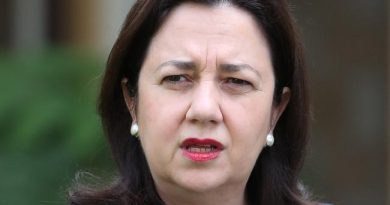 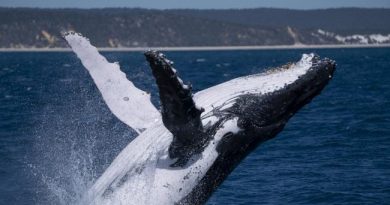 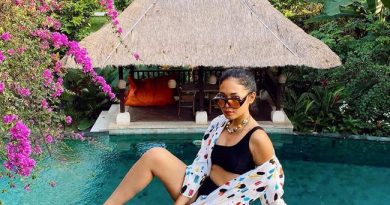