The “first goal” would be limited freedoms for business trips or funerals. A home quarantine option could be available for when people return to Australia.

Warning that the premature removal of border restrictions could result in 1000 cases a week, the PM said voters needed to be cognisant of the risks.

But he also flagged the first step of reopened borders, with strict criteria for travel and home quarantine as an alternative to hotel quarantine as the pathway forward.

Proof of vaccination would be the key to travel and Mr Morrison said this would also provide “an incentive” to get the jab.

“The first goal I think is to enable Australians who are vaccinated to be able to move and travel, particularly for important purposes,” the PM said in Perth.

“And secondly, for Australian residents and citizens from overseas who have been properly vaccinated, they will be able to come back in that way.

“If this works without major outbreaks, Australia could slowly consider a return to international travel.

“That would enable Australians to travel first for business and those sorts of things but ultimately if that worked well over a period of time and the data was showing that home-based quarantine was not creating any additional, scaled risks, that could lead to something more significant. That is how we move to the next step.

“That would require being vaccinated and I think that would be an important incentive to do that.”

Mr Morrison cautioned Australians would need to prepare for “1000 COVID cases a week” if he reopened the international borders prematurely.

In a grim warning on what the brave new world of treating COVID “like the flu” may look like, the Prime Minister said the next steps in terms of lifting border restrictions needed to be weighed carefully against the risks.

Speaking on Perth radio 6PR, Mr Morrison was asked: “What’s the plan, Prime Minister, for the vaccination rollout and getting to a position where people can either leave the country or come into Australia?”

“If we were to lift the borders and people come, then you would see those cases increase and Australians would have to become used to dealing with 1000 cases a week or more,’’ Mr Morrison said.

“Now, it is true that our most vulnerable populations would be vaccinated, but I don’t think Australians, particularly Western Australians, would welcome restrictions and closures and border shutting and all of those things, again, out of states concerned about the rising numbers of case numbers.

RELATED: Qantas hints at our next four bubbles

RELATED: Digger who made the PM cry

“So there needs to be, everyone needs to get on the same page with that. And so they’re the important threshold issues we’ve got to work together through as a National Cabinet. And that’s why I’m calling them back together again to work on that same operational tempo that we were during the pandemic, because these are the challenges we need to solve together now.”

Asked if the border restrictions needed to stay in place until “everybody in the world who can be vaccinated is vaccinated” the Prime Minister said it was “a moving situation.”

“There are high risk countries, there are lower risk countries. We’re already open to New Zealand. I think I can see a future where we could be in a similar arrangement with Singapore and we’re working on that now. Other Pacific countries, that’s possible. But when you’re talking about countries, you know, for example, like Indonesia or India or Papua New Guinea or countries where we know that the virus is in a very strong form, including in Europe and even still the United Kingdom, the United States.

“You know, Australians, I don’t think would welcome the incursion of the virus into the country. So we have to weigh all of that up.”

Earlier this week, Health Minister Greg Hunt said that even if everyone was vaccinated you needed to be careful about reopening the borders because it was clear the vaccine would stop you getting sick but it was less clear that it would stop you spreading the virus to other people.

The Prime Minister’s warnings on the public getting ready for a “new normal” also fit with some other comments he’s made recently suggesting in the future we may treat COVID more like the flu.

On Wednesday, the PM said we may need to move to a “new normal” of tolerating some COVID cases.

“And if we want to treat COVID like the flu, then we have to have the same tolerance for COVID as we have for the flu,’’ he said.

“And people get the flu and there would be cases of COVID if the international borders were lifted, there would be cases and we’d have to be confident and comfortable that that would be in Australia’s interest to have, in potentially large numbers of cases of COVID, knowing that it would not lead to the horrific outcomes that we saw, in particular in Victoria, when the second wave ripped through particularly Melbourne.”

The PM has also flagged “mass vaccination options” for Australians aged 50 to 70 this week for the first time raising hopes it could hold the key to getting the majority of Australians protected against COVID by the end of the year.

“Equally there’s an option to work— and I’ve discussed this with at least one premier — about how mass vaccination could be an option earlier, say in June or July, for those over-50 groups that are in the balance of the population,’’ Mr Morrison said.

“As we move into the second half of this year, when we were planning to move into the balance of the population, those between 50 and 70 and those of younger ages as well.” 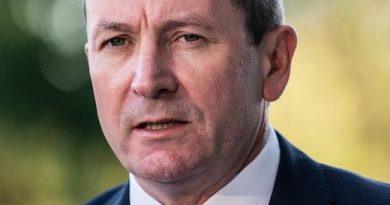 Shocking cost of international flights to travel from Australia