Australian Prime Minister Scott Morrison has hit out at state leaders who refuse to reopen borders to allow for domestic travel within Australia.

Mr Morrison, who appeared on Channel 9’s Today Show, said the decision made by some premiers – including Queensland’s Annastacia Palaszczuk – to keep borders shut was a motion not supported by the National Cabinet.

“The National Cabinet has never agreed that there should be borders closed in Australia,” Mr Morrison said.

“That was never the medical expert advice that came at any time. Premiers and their governments in states, whether it is South Australia, Western Australia, Tasmania, Queensland, have all made their own decisions and so they have got to justify those decisions.

RELATED: Are travel bubbles the way of the future?

RELATED: PM says all domestic holidays may be back by July

Mr Morrison said the longer borders are closed, the harder it will be for Australia to claw back at lost millions caused by the economic downturn of the COVID-19 crisis.

“There is no doubt that those sort of borders do harm the economy, they do harm jobs and it is important that we get those removed as soon as possible,” he said.

“I want to stress, the national medical advice that came from the expert panel that has driven all the other decisions never recommended closing borders.”

The battle of the borders remains a contentious topic between premiers, with several states and territories maintaining the closure of their states during the COVID-19 pandemic.

The closures have been criticised by the tourism industry, which is bearing the brunt of job and financial losses, who all believe they have gone on for too long.

Queensland Premier Annastacia Palaszczuk hit back at Federal Tourism Minister Simon Birmingham, who on Tuesday said she was too slow to reopen Queensland’s borders.

But Ms Palaszczuk said her decision was based on medical advice from Queensland’s Chief Health Officer, Dr Jeannette Young.

RELATED: NSW slammed as ‘worst state’ amid plans to reopen to travel on June 1

“I want to get people back into work as quickly as possible.

“But if I don’t do it safely it could cripple our industry for years to come.”

Pauline Hanson has demanded Queensland’s Labor government reopen the state’s borders by Thursday, or face legal action in the High Court. The One Nation senator made the threat on Wednesday after accusing Premier Annastacia Palaszczuk of “destroying people’s lives” and livelihoods and branding the border closures unconstitutional.

Senator Hanson’s party sent a letter to Ms Palaszczuk on Tuesday telling her she has until Thursday to respond, and asking to see the documented advice on the closures from the state’s chief medical officer.

Senator Hanson told Nine’s Today program that if the request is ignored, a challenge to the constitutionality of the closures will be filed in the High Court by the end of the week.

The state government has previously dismissed the legal threat, saying it has to balance the timing of the reopening of the borders with medical advice.

Tasmanian Premier Peter Gutwein has called for his counterparts to end their one-upmanship around the issue of state border closures.

Mr Gutwein on Tuesday indicated some of the island’s coronavirus restrictions could be eased ahead of schedule before the June long weekend.

He revealed he had spoken to some state and territory leaders about borders but reiterated he would wait until at least July before making any decision on when and if Tasmania would reopen.

“We’ll be guided by public health. I would just encourage all of the premiers around the country to stop what appears to be this game of one-upmanship,” he said.

“It’s quite obvious the federal government has a view but my job is to protect the best interests of Tasmanians.”

Tasmania is due to progress to stage two of eased restrictions on June 15, having opened cafes and restaurants for up to 10 people last week as part of stage one.

Mr Gutwein said there could be some earlier easing before the June 8 Queen’s birthday long weekend.

He reiterated any decision would be based on health advice and high levels of testing.

Tasmania has gone 11 days without recording a new coronavirus case after none emerged on Tuesday. Just seven cases have been confirmed this month.

Western Australia will reopen almost all intrastate borders in time for this weekend’s WA Day public holiday, while four new coronavirus cases have been confirmed.

The restrictions will lift on Friday, but the Kimberley region, parts of the East Pilbara and the Shire of Ngaanyatjarraku will remain off limits to protect vulnerable remote indigenous communities.

The areas, including the tourism hotspot Broome, have been declared federal biosecurity areas.

The state government has applied to the Commonwealth to have the declarations lifted on June 5, a fortnight earlier than anticipated.

“At that point in time, parts of the Kimberley will be open, potentially with the exception of the remote Aboriginal communities,” Premier Mark McGowan told reporters on Monday.

Accommodation and restaurant bookings were immediately snapped up when most regional borders were reopened and the dining patron limit was doubled to 20 last week, but the state’s north and Goldfields region remained closed to Perth residents.

But state government remains adamant the interstate border will remain closed for months.

“It’s a small inconvenience … it won’t be forever.

“Our hard borders with the east and our isolation have worked to our advantage and we must keep it that way for now.” 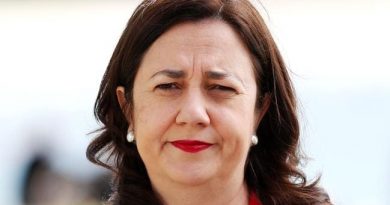 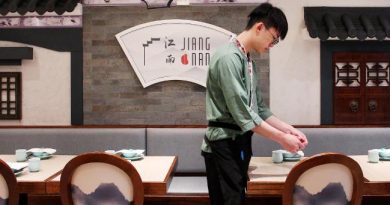