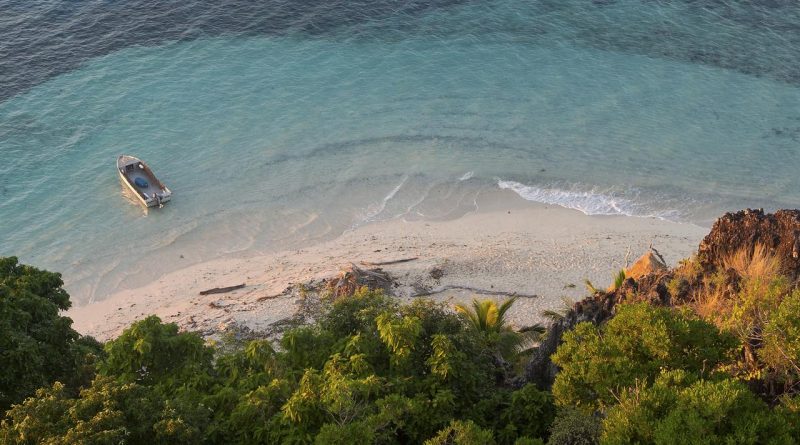 Prime Minister Scott Morrison has hinted his Government is working on creating new travel bubbles, meaning Aussies could soon have a slew of tropical getaways to choose from.

Speaking to 2SM’s John Laws yesterday, Mr Morrison said the rollout of the COVID-19 vaccine could result in more travel opportunities to Australians.

The first doses of the vaccine are set to be administered towards the end of this month, with the Government aiming to have the majority of the population vaccinated by October.

The Government has already created an agreement with New Zealand, allowing travellers to come to Australia without going into mandatory quarantine.

Now Mr Morrison has said Pacific Island nations like Vanuatu, Tonga, Solomon Islands and Fiji could be next on the list for a potential travel bubble.

RELATED: COVID-19 Vaccine side effects you could have

He said this travel agreement would allow more seasonal workers to travel to rural Australia where their help is needed.

“We don’t have full confidence yet that they are just going to a complete what’s called a green lane. But we’re working with them to ensure we can just lift that confidence,” Mr Morrison said.

“We’ll be seeking to support them with their testing over there and I hope we can make some real progress on that soon. I’d love to see a Pacific bubble.”

The PM noted that there is “very little, if any” community transmission in Australia, adding the risk of us infecting those Pacific nations has significantly lessened over recent months.

“If the virus got into one of those Pacific countries, as you know, their health systems aren’t the same as ours,” Mr Morrison said.

“It would go through those countries and that would be devastating.”

Health Minister Greg Hunt also hinted at a Pacific travel bubble last week, saying there will likely be more opportunities for travel throughout the year.

“I won’t make a false guarantee, but we think that, during the course of the year, the opportunities will increase, as the pandemic likely subsides internationally,” he told ABC’s 7.30.

“As that process of the pandemic numbers decreasing and the number of people who are vaccinated here increases, then we’ll be able to make new steps in opening up Australia, as we’ve done with the New Zealand bubble, and people can come to Australia from New Zealand.”

Mr Hunt said the Government will likely look at forming travel bubbles with other countries in the South Pacific, before looking to other parts of the world.

“And as we see success in other countries, and increasing vaccination rates in Australia, the risk from overseas will be less, and the protections in Australia will be greater,” he said.

On Sunday, the Government revealed a “digital certificate” for Aussies who have been vaccinated against COVID-19, which could be crucial in reopening international borders.

Australians will get a record when they receive a COVID-19 jab that will be stored and displayed on the Express Plus Medicare and MyGov apps.

“Importantly for Australians, they can have assurance the certificate they will have will be robust, it will be anchored to them, so they will know it’s their certificate, and it will be widely accepted.”

Cabinet approval for the scheme is due in the next two weeks.

Will frequent flyer points be worth less in the future?