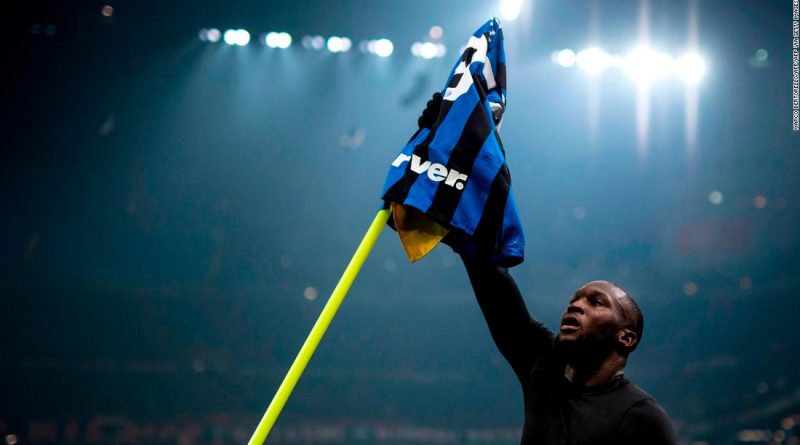 Inter overcame a two-goal deficit to win against its city rivals and move top of Serie A, ahead of defending champion Juventus on goal difference.

Inter is bidding for its first title since 2010 and currently boasts a side bursting with players that made their names in the English Premier League.

The likes of ex-Manchester United players Ashley Young and Lukaku lined up alongside former Tottenham midfielder Christian Eriksen for Sunday’s match, which got Inter fans dreaming of domestic success.

“It’s still very early to talk about something we can only dream of for now,” Inter coach Antonio Conte told Sky Italia.

“We can have a dream. It’s a very intense period for us coming up and after that, we’ll have a better idea of our potential and our real capabilities.”

“We can’t achieve everything from one day to the next, but we are building. These guys proved they have great strength and guts today.”

The game had looked over by half-time after Zlatan Ibrahimovic — who has played for both Milan sides in his illustrious career — inspired AC Milan to a 2-0 lead.

Ante Rebic couldn’t miss after the Swede’s knockdown set up the opener and Ibrahimovic added a second himself with a towering header.

However, the match was turned on its head in the second half after Inter scored two goals in as many minutes.

Marcelo Brozovic kickstarted the comeback with a wonderfully hit volley before Matias Vecino’s strike wriggled its way into the net.

Stefan de Vrij then put Inter ahead with a glancing header in the 70th minute.

“The goals were incredible feelings and memories that will last forever. Winning is a unique feeling. It’s tight in the table so we have to continue like this and win our games,” de Vrij said.
READ: The footballer turning Nigerians into Manchester United fans

Ibrahimovic almost made it 3-3 but his header, which looked destined for the net, crashed off the post.

His miss allowed Inter’s Lukaku to settle the affair with a towering header of his own before the 26-year-old celebrated by raising his shirt aloft on the top of the corner flag.

“There’s a new king in town,” Lukaku wrote on Twitter — perhaps in a dig at Ibrahimovic, who has previously referred to himself as such.

Inter Milan will bid to remain top of Serie A when it travels to third-place Lazio on Sunday after hosting Napoli in the Coppa Italia Wednesday.

Meanwhile, 10th placed AC Milan hosts Juventus in the Coppa Italia Thursday before taking on Torino in the league Monday. 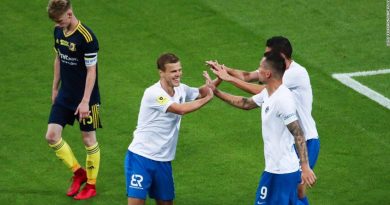 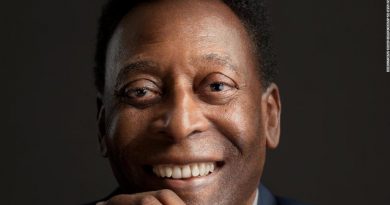 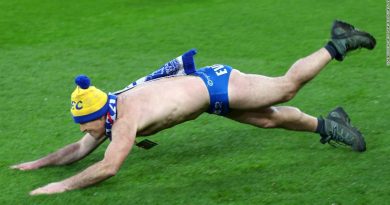 ‘Speedo Mick’: Meet the man trying to walk 1,000 miles … in a pair of swimming trunks