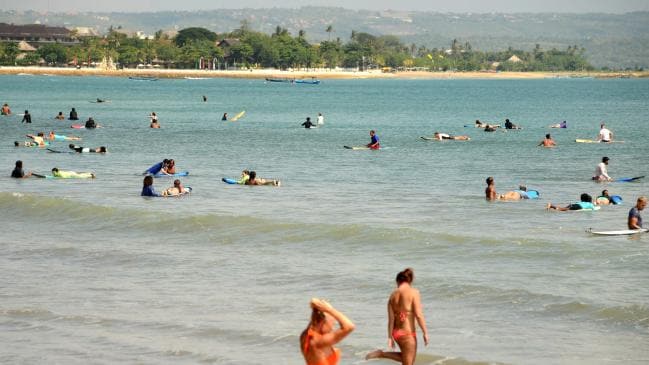 Australians love Bali. We’ve always loved Bali. And last year, we loved the island more than ever — despite plenty of reasons to perhaps stay away.

New figures from the Indonesia Institute reveals a record number of Australians visited the island last year, undeterred by the Mount Agung eruption, devastating earthquakes, polluted beaches and the fear of a sex ban.

The Perth-based institute said 1.23 million Australians visited Bali in 2019, a rise of 5.4 per cent on the previous year.

Australia has also returned as the top source for tourists in Bali since 2017, when Chinese visitors overtook us largely thanks to “zero-dollar” tourism schemes offering rock-bottom prices for all-inclusive tours. Chinese visitor numbers have since fallen.

The high number of Australian arrivals in Bali is particularly notable considering 2019 was, at times, a bit of a “bad news” year for Bali.

There were complaints last year about rubbish swamping Bali’s beaches and outcry in Australia when the Indonesian government threatened an amendment to the country’s criminal code that would make sex outside marriage illegal — including for tourists.

To top it off were regular reports of Australians being thrown behind bars, kicked off flights, and generally misbehaving on the holiday island. The antics of badly-behaved tourists got so bad in 2019, Bali’s governor I Wayan Koster threatened stricter laws to curb bad behaviour and get “disrespectful” tourists “sent back home”.

Despite all this, more Australians flocked to Bali’s shores than ever before.

“Just when everyone thought the golden days for Bali were over, Australia has created a new all-time record for tourists heading there,” Indonesia Institute president Ross Taylor told WA Today.

“We demolished China, who came in second with 1.1 million visitors.

“So despite the earthquakes, volcanic eruptions, drunken yobbos, spiked drinks and motorbike crashes, Aussies are still in love with this small island to our north.”

Bali isn’t our number one overseas destination, however.

That honour goes to New Zealand, which saw 1.44 Australian arrivals in 2018-19, ahead of Indonesia with 1.31 arrivals, according to a Department of Foreign Affairs report released in November.

NT border reopens to all but Victoria and Sydney