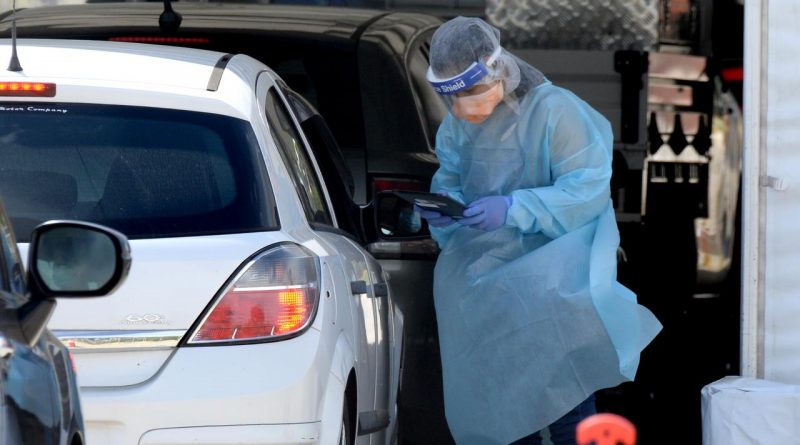 Travellers entering Queensland from Victoria will be forced to complete a border declaration pass as authorities sweat over the coronavirus outbreak in Melbourne.

Deputy premier Steven Miles said the Sunshine State wanted to rule out any chance of a threat in the community after Melbourne’s cluster grew to eight.

Those entering Queensland will be forced to declare if they have or haven’t visited any of the exposure sites revealed by Victorian health authorities.

The new border restriction will come into effect from 1am on Saturday.

Mr Miles said the outbreak has not required Melbourne to be listed as a hotspot at this stage with the declaration system providing enough of a buffer between Queensland and known infection points.

“We are in a process of reinstating the border declaration system,” he told reporters on Thursday morning.

“And also keep a record of people coming to Queensland from areas that may, down the track, need to be declared a hot spot so we can contact them.”

The decision comes after South Australia announced it would close its border to greater Melbourne last night.

Under the changes, travellers who have been in Greater Melbourne on or after 4 February will no longer be allowed to enter SA unless they are a returning resident, are genuinely relocating, are essential travellers or are escaping domestic violence with approval prior to entry. COVID-19 testing and self-quarantine may apply to these people.

People who have been at the Holiday Inn Melbourne Airport on or after 12.01am 27 January or are a close contact of a person who has must contact SA Health immediately and quarantine at an authorised location for 14 days, receiving COVID-19 tests on days 1, 5 and 12.

Anyone who was in South Australia before 12.01am on Thursday having visited Greater Melbourne must have immediately taken a COVID-19 test and self-quarantined until they received a negative test result, and must get tested again on day 5 and day 12.