Queensland will fling its borders open to Victoria this weekend as the Melbourne outbreak continues to be contained by authorities.

The Sunshine State slammed the border closed earlier this month when greater Melbourne was declared a hotspot, but these restrictions will be eased from 1am on Saturday.

Premier Annastacia Palaszczuk informed parliament on Thursday morning the state’s chief health officer had given the green light for visitors to safely travel into Queensland.

Travellers from Victoria will no longer be required to complete a border pass on entry from Saturday.

“Queensland is the place to be and, from Saturday, family and friends will be able to visit from Victoria and experience all that our great state has to offer,” Ms Palaszczuk said.

The announcement comes after South Australia Premier Steven Marshall revealed his border restrictions with Victoria will also be eased, coming into effect from 12.01 on Friday.

He said it would come as a “huge relief” for Victorians and congratulated the state on getting on top of the Holiday Inn outbreak.

Victorians currently in quarantine in South Australia will be allowed to exit when that border restriction change takes place and border checkpoints will be removed.

But she said health officials “were not worried” about the case as it was an “old infection” in an overseas traveller.

South Australian officials also relaxed rules around dancing, with venues of more than 1000 patrons still needing to use a COVID management plan.

Smaller venues of under 200 patrons can have a dancing area as long as they are abiding by a QR code and COVID marshall rules.

Venues between 200 and 1000 patrons can also have a designated dance floor, allowing 50 at a time. 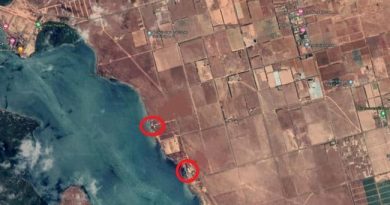 Retired couple found dead at bottom of well in Mexico