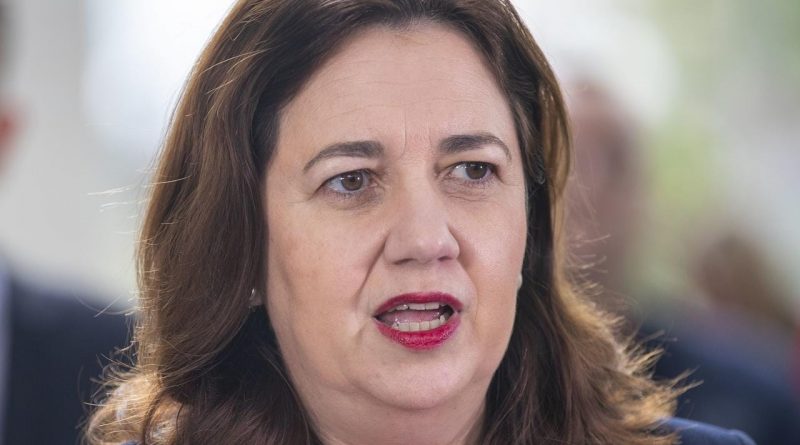 Travellers hoping to flock into Queensland from NSW for Christmas have been warned to wait 24 hours amid an escalating Sydney virus cluster.

Those who meet certain criteria will also be banned from visiting vulnerable people in the Sunshine State, with Queensland Premier Annastacia Palaszczuk saying anyone who has been in the Northern Beaches region since December 11 “will not be able to visit Queensland residential aged care centres, hospitals or correctional facilities.”

“Queensland’s Chief Health Officer is closely monitoring the latest COVID-19 cases in NSW. Anyone who has been in the Northern Beaches region must follow the health advice issued by NSW,” she tweeted on Thursday night.

“Queenslanders who have travel plans to visit greater Sydney, in particular the Northern Beaches region, should consider the risk of those areas becoming a hotspot.”

The comments came after Deputy Premier Steven Miles said the borders between the two states would remain open for now but warned Queensland’s chief health officer, Dr Jeannette Young, was eagerly watching as the Northern Beaches outbreak rose to 17 cases by Thursday evening.

Fears of a possible border closure were sparked on Wednesday when it was revealed NSW had recorded its first local coronavirus case in two weeks – a 45-year-old van driver.

Two more infections were announced later that afternoon – a woman in her 60s and a man in his 70s on the Northern Beaches.

Another two cases were recorded in the Northern Beaches on Thursday morning, with a third revealed by the afternoon.

By the evening, after a massive testing effort, the number linked to the Northern Beaches area had ballooned out to 17 cases and people were being ordered to stay at home.

Earlier when the cases for NSW still stood at six, Mr Miles said the outbreak was in its infancy and advised Queenslanders planning on travelling to Sydney, and the Northern Beaches specifically, to wait 24 hours for Dr Young to provide a more detailed response on restrictions.

But he said travel policies were unlikely to change given Queensland Health was confident in the steps taken by its NSW counterparts to contain the recent outbreak.

“Anyone currently in Queensland who might be planning Christmas travel to that region, we just urge you to take caution to consider waiting out that 24 hours to see whether this cluster gets any worse.

“Because over that period of time, the chief health officer will need to consider whether other steps need to be in place.”

Queensland famously imposed long and harsh border closures during the health crisis and many were nervous health authorities would again resort to a cautious policy for travellers.

But Mr Miles said there’s a difference between opening the border and slamming it shut.

“There’s different tests for that,” the acting premier told reporters in Cairns.

“What we are looking for in that case is the length of time between unlinked community transmission. At this stage, we are still in the window within which contact tracers are able to identify that link, so we will wait for that information from them.

“If NSW is able to contain this very quickly, then we hope there is no further action necessary.

“However, what people will know is that our chief health officer, health minister and our premier will act when they need to.”

On Thursday evening Western Australia advised that travellers from NSW were required to self-quarantine immediately.

Premier Mark McGowan said that anyone who had arrived from NSW since December 11, or was in NSW from December 11 and subsequently arrived in WA, must self-quarantine as soon as possible.

“These are extra precautionary and immediate steps the state government is taking to protect all Western Australians, based on our expert health advice,” Mr McGowan said.

On Wednesday he had told reporters the state’s chief health officer Andy Robertson was watching the testing situation in Sydney “like a hawk”.

“The controlled border we have in place with all other states allows us to put up a hard border immediately if we need to,” Mr McGowan told reporters.

“If the advice comes back we need to put up a hard border, we will.”

NSW health officials told those who visited the below venues in Palm Beach and Avalon that they are being considered close contacts.

They have been told to isolate for 14 days even if they receive a negative coronavirus test.

Health authorities have also issued a warning for those who visited the following venues to get a test immediately and isolate until they receive a negative result.

“Everyone living on the Northern Beaches area should monitor for even the mildest of symptoms and come forward for testing immediately if they appear, then isolate until a negative result is received,” NSW Health said on Wednesday afternoon.

NSW Health Minister Brad Hazzard said the outbreak on the Northern Beaches warranted a serious reaction from residents in the area.

“I would say to everybody on the Northern Beaches it is sufficient to say four cases of apparent community transmission at this point would strongly suggest to any of the residents of the Northern Beaches that you should go and guest tested,” he told reporters on Thursday morning.

Why voluntary administration won’t be a death sentence

NSW to allow regional holidays from June 1: How holidaying will change