Just when you thought United’s unbelievable $662 flights from Australia to LA were as good as it gets when it comes to fares to the US, along comes a deal to rival it.

Now Qantas has gotten in on the action, dropping its own batch of insanely-priced return airfares to Los Angeles, starting from an astounding $665 from Melbourne.

I KNOW THE PILOT: TIPS FOR CHEAP FLIGHTS

To put those figures into context, airfares expert and I Know The Pilot founder Garth Adams explains you can usually expect to pay more than $1000 for these flights on Qantas.

Best of all, the fares are available for travel dates between April and November, including the US summer peak season.

And as always, the advice when it comes to snapping up these under-the-radar fares is get in quick.

The discounted United Airlines flights only lasted a day or so, and Adams expects Qantas’ similarly priced flights to be snapped up in a heartbeat.

For details and dates of the bargain Qantas flights to LA, head to I Know The Pilot. The cheapest flights are bookable via third-party booking site eDreams, with several other sites listing similarly priced fares.

7 THINGS TO KNOW BEFORE YOU VISIT LA

THIS QUIZ SOLVES YOUR NEXT USA TRIP

Aussies turned away from shops in Peru 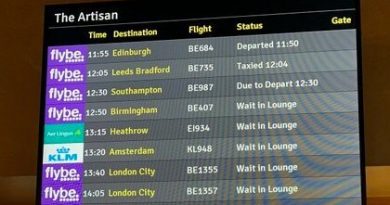 Planes ‘grounded’ amid fears of administration