Qantas Frequent Flyer is offering five million Qantas Points to Australians who make a lunch order on Uber Eats for this week only.

More than one million Qantas Points will be up for grabs each day of the promotion, which starts today and ends Saturday, May 1.

To win points, customers need to make sure their Qantas Frequent Flyer account is linked to their Uber account. If you still need to do that, link the accounts by midnight to be eligible to earn points on your order the next day.

Then, you have to be one of the fastest 50 customers who order their lunch from 12pm AEST each day via the Uber Eats app. Winners can earn from 16,000 to 50,000 points per order, and they’ll be notified if they’ve won via a notification on the Uber Eats app.

Prize winners can then spend their points on flights and hotel bookings, or on a range of other rewards.

Just 16,000 points is enough for a return economy flight from Sydney to Byron, while 50,000 points can cover two economy return flights from Perth to Broome.

The Uber Eats promotion is one of the variety of ways Qantas customers are able to earn points.

“Qantas Frequent Flyers have continued to stock up on points during the pandemic on everything from groceries, power bills, fuel and food delivery, all in anticipation of the return of travel,” Qantas Loyalty chief executive Olivia Wirth said.

“We’re always looking for ways to reward our members for their loyalty and after the last 12 months we’re grateful for the way frequent flyers have remained committed to our program.”

Qantas Frequent Flyer and Uber partnered in 2017 to allow members to earn points on Uber trips to and from eligible Australian airports.

Uber Eats Head of Restaurants for ANZ, Bec Nyst, said this promotion would showcase the restaurants available on Uber Eats.

“Restaurants are working hard to make sure they are able to benefit from the economic opportunities that will arrive alongside increased domestic and trans-Tasman tourism,” she said.

“Uber Eats is committed to helping drive a growing number of visitors to thousands of local restaurants in more than twenty cities and towns across the country.

“The in-app experience is seamless, so we’re confident this will appeal to customers and drive orders to restaurants on the Uber Eats platform.”

More information about the promotion is on the Qantas website. 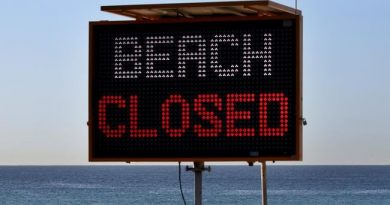 Airlines to remove blankets and hot food amid outbreak