Ahead of Valentine’s Day, Rex slashed its fares to $49 (down from the $79 initial launch price), spruiking the sale as “a wonderful opportunity for travellers to get between Australia’s two biggest cities on a whim to get over the COVID blues”. Rex’s first Sydney-Melbourne flight is set to take off on March 1.

Virgin hit right back, matching the $49 fares and vowing to find “new ways to push the envelope”. And not to be outdone, Jetstar dropped its Sydney-Melbourne fares to $39 during March, before announcing even cheaper sale deals from $29.

RELATED: The cruise that sold out in 24 hours

Over at Qantas, there are $110 sale fares on offer.

With so many cheap flight options, if you’re going to book, which airline actually offers the best bang for buck?

Here’s a guide to what those cheap fares actually get you with each airline:

Rex and Virgin’s $49 fares both include 7kg carry-on and 23kg checked luggage.

Jetstar’s $39 fares include 7kg carry-on only. Checked baggage fees start from $21 for 15kg.

Virgin, Qantas and Rex all use Boeing 737 aircraft on the route.

Virgin’s are configured with 176 seats with a 78cm seat pitch (aka leg room) in economy, while Qantas’ has 174 seats, and economy pitch of 76cm. Rex is yet to reveal its new interior fit-out on its fleet of ex-Virgin planes.

Jetstar operates the route with A320s that fit a maximum of 180 passengers, with a seat pitch of 74cm.

Qantas passengers can earn points on even the airline’s basic fares, while Jetstar passengers can also earn Qantas points if they opt to add on a “Plus” or “Max” bundle (which also includes luggage).

Rex doesn’t have a points program.

What happens if you need to cancel your flight?

Rex offers full refunds for passengers who are directly affected by COVID-related border closures or travel restrictions, even if its flights continue to operate as scheduled. Otherwise, flight changes cost $33.

Earlier this month, Virgin announced it is waiving change/cancel fees for travel up to January 31, 2022.

And Jetstar revealed it’s changed its policy to enable customers affected by border changes to get a credit voucher, with cash refunds or free time or date changes available in some circumstances. Jetstar customers can also pay $13.90 per passenger, per flight, to add “FareCredit”, which allows them to cancel for any reason and get a credit.

On Qantas flights until March 31, customers can cancel and receive a flight credit for travel until December 31, 2022. Change fees and fare increases may apply.

Rex, Virgin and Qantas fares all include a snack during the 1.5-hour flight.

There’s also complimentary beer or wine on weekday flights with Virgin between 5pm and 7pm, and after 4pm on Qantas.

Jetstar has food and drinks available for purchase.

On Virgin, in-flight entertainment including movies is available via the Virgin Australia app.

Although Qantas’ in-flight entertainment service is temporarily paused, it is progressively switching back on in-flight Wi-Fi across its domestic B737 fleet.

Virgin’s $49 fares include seat selection, as do Qantas’ sale fares.

On Rex, the $49 fare doesn’t include seat selection; it costs an extra $6.

On Jetstar, seat selection starts from $7.

If a flight gets cancelled, how long might you need to wait until you get another one?

Qantas and Virgin offer at least hourly flights between Sydney and Melbourne. Jetstar has announced an increase to its weekly flights to 88 return flights a week, while Rex says its schedule will include up to nine flights per day.

With Rex, the only way to avoid the surcharge is by paying in cash at the airport. 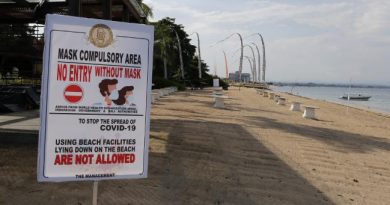