Qantas will slash flights across Asia as the company braces for a financial hit of up to $150 million due to the coronavirus crisis.

Qantas flights to Asia will be cut by 16 per cent until May at least, impacting flights to mainland China, Hong Kong and Singapore.

At the same time, Jetstar will cut its capacity to Asia by 14 per cent, affecting flights to Japan and Thailand.

Domestic services will also be reduced in response to weaker demand due to the coronavirus outbreak.

The announcement was made as the Qantas Group reported a statutory half-year profit of $445 million for the six months to December, which was down 4 per cent on the same period last year.

The company estimates reduced travel due to coronavirus will slice between $100 million and $150 million from its earnings this year, although it said that would be softened by lower fuel prices.

“Coronavirus resulted in the suspension of our flights to mainland China and we’re now seeing some secondary impacts with weaker demand on Hong Kong, Singapore and to a lesser extent Japan,” Qantas Group chief executive Alan Joyce said at a press conference this morning.

Qantas and Jetstar flights between Australia and New Zealand will be cut by about 5 per cent and domestic services will be cut by 2.3 per cent for the second half of the financial year, due to “domestic demand weakness”.

Routes to the United States and the United Kingdom haven’t been affected.

“What’s important is that we have flexibility in how we respond to coronavirus and how we maintain our strategic position more broadly,” Mr Joyce said.

“We can extend how long the cuts are in place, we can deepen them or we can add seats back in if the demand is there. This is an evolving situation that we’re monitoring closely.

“We know demand into Asia will rebound. And we’ll be ready to ramp back up when it does.

“These past few months have been extraordinarily difficult for the tourism industry and we’ve tried to minimise the impact of our capacity reductions as much as possible.”

He praised the crew who took part in repatriation flights to bring Australians home from the coronavirus-hit Diamond Princess docked off Japan and the virus epicentre of Wuhan in China.

“It took literally thousands of hours to plan complex operations like these,” Mr Joyce said.

“The crew were all volunteers and they did us proud.”

WHAT FLIGHTS ARE BEING CUT?

Qantas’ Sydney-Shanghai route, which is its only route to mainland China, will remain suspended “until the end of May and possibly longer,” Mr Joyce said.

There will be half the number of Sydney-Hong Kong flights each week. Brisbane-Hong Kong return flights will be reduced from seven per week to four.

Melbourne-Hong Kong flights will be cut from seven return flights per week to five and Melbourne-Singapore flights will now be serviced by smaller Boeing 787s instead of Airbus 380s.

Each of the Jetstar airlines in Asia – Jetstar Asia (Singapore), Jetstar Japan and Jetstar Pacific (Vietnam) – have suspended flights to mainland China and are cutting flights across Asia.

Customers with existing bookings who are impacted by the reductions will be contacted directly and offered alternatives. 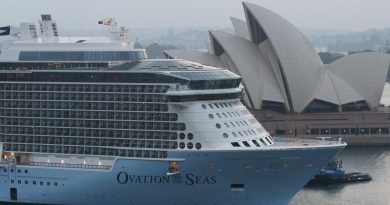