Love is in the air … and so are cheaper airfares. Whether you are loved up or flying solo, now’s the time to grab a bargain flight with one of these epic Valentine’s Day sales.

FLY TO NEW ZEALAND ON QANTAS FOR $199

Take off for less when you book two or more seats in Economy, Premium Economy, Business or First on selected international flights with the Qantas Companion sale. Pay just $199 when flying to Christchurch from Brisbane or Adelaide to Denpasar from just $289 one way or Perth to Kuala Lumpur return from $499. Sale ends February 15 unless sold out prior.

Nothing screams romance more than a the sun setting in the South Pacific. Fiji Airways has fares as low as $549 return to Fiji, and $729 to Honolulu. Sale ends February 17.

BALI FLIGHTS AND HOTEL FOR $399 WITH WEBJET

Webjet is offering lovers (or friends) the chance to combine their flights and accommodation on a range of destinations including Cairns, Fiji, Vanuatu, Hawaii and more. Offer ends February 16.

This Valentine’s day, book a trip to Milan, Amsterdam Paris, London and more with Etihad and pay a fraction of the price. Fly Sydney to Paris from $1216, or Sydney to Barcelona from $1138. Sale ends February 14.

EUROPE FARES FROM $1079 ON QATAR AIRWAYS

Qatar airways has dropped the prices on its European routes, with great fares to Barcelona from $1079, London from $1247, and Paris from $1140. Book by February 20 for travel between now and November 30.

Take 25 per cent off two Air New Zealand adult tickets in Premium Economy or Business Premier to destinations around Australia, London or the Cook Islands with the promo code V25. Sale ends February 15.

TIGERAIR SLASHES FARES BY UP TO 40 PER CENT

FLY ON JETSTAR FOR JUST $29

The airline has launched its cheap-as-chips Beach Sale on its domestic and international routes including Adelaide to Melbourne from $29, Sydney to Bali from $209, and Melbourne to Phuket from $209. Sale ends February 17.

FLY TO AUCKLAND FOR $378 WITH EMIRATES

Fly with two or more companions on Emirates and enjoy the savings. Economy return flights from Sydney to Auckland start from just $378, while Sydney to Bangkok return flights take off from $692. Sale ends February 17.

9 AIRLINE TRAPS YOU’VE BEEN FALLING FOR 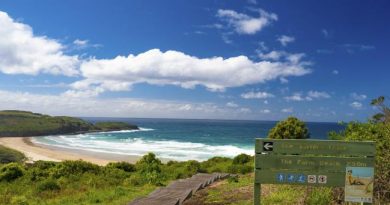 Best hotel I’ve ever stayed at

Europe on edge as COVID lockdowns combine with terror