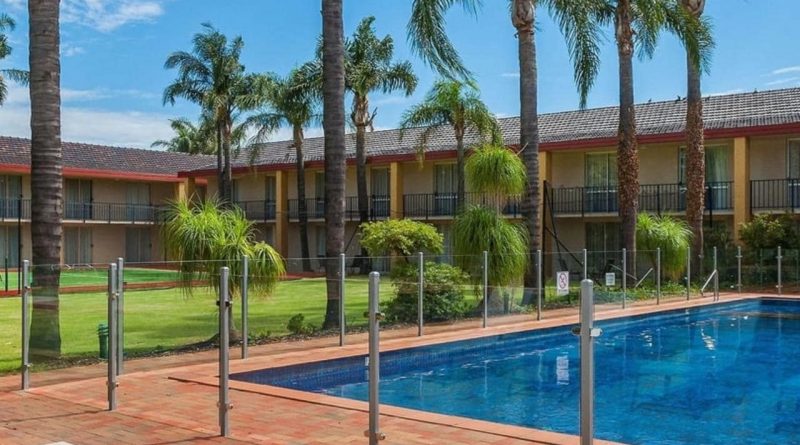 A Chinese-owned resort in Mildura that normally houses flight school students but has sat largely empty due to a lack of international students is being pitched as an alternative site for hotel quarantine.

Pearson Aviation – a sister company of International Aviation Alliance – hosts flight schools at the Mildura Airport, with its students staying at the nearby 200-room Inlander Resort in the Victorian-NSW border city.

But Pearson Aviation head of operations Sundeep Bhanushali said a lack of students from overseas meant the district’s second largest resort was currently only occupying about 50 people.

And he said once they finished their training in about two months the site would be “completely empty”.

“Approaching the cooler months in winter it would be a perfect option for hotel quarantine,” he told NCA NewsWire.

“It’s not sustainable to continue having quarantine in large metropolitan areas, it’s also not sustainable to leave international students waiting for months and months to come into the country – this hub in Mildura is a solution to so many woes.”

A worker who tested positive to the highly infectious UK variant of the coronavirus at the Holiday Inn sparked Melbourne to shut down for five days in February.

And after almost two months of remaining virus-free, Sydney was on the brink of a possible outbreak last week after a security guard at the Sofitel Hotel in Wentworth and the Mantra Hotel in Haymarket tested positive for the virus despite having already had his first dose of the Pfizer vaccine.

An inquiry into Melbourne’s bungled hotel quarantine scheme in mid-2020 also found it was the cause of the state’s deadly second wave of coronavirus that claimed the lives of 801 Victorians.

“The resort is away from everyone, it’s out of the CBD so reduces the chances of the virus getting out and the risk of lockdowns in major cities and it could help boost the local economy here in Mildura,” Mr Bhanushali said.

“It’s purpose-built to accommodate 400 cadets all year every year – the airport caters for large jets such as the Boeing 737 – the site should be seriously considered.”

NCA NewsWire understands the Victorian government is examining alternative models of mandatory quarantine, including purpose-built accommodation outside the CBD.

It follows a market sounding process via tender where the government sought industry insights on design, delivery and operational issues on the implementation of an alternative hotel quarantine.

“Senior officials are undertaking planning work for a stand-alone accommodation hub. Further details will be provided as that work progresses,” a government spokesperson said.

Mr Bhanushali suggested the Mildura site be an isolation site solely for international students if it could not be used as a quarantine hotel for all other international arrivals.

“We have almost 400 students in Singapore and China waiting to come back – we really don’t have any one coming in except Australian citizens right now,” he said.

“At least if we can have a site that safely quarantines international students it can help get their lives back on track while helping our economy get back to a good level.”

It comes amid desperate calls from Victorian leaders to have more flights scheduled to land in Victoria in a bid to boost the state’s economy.

City of Melbourne councillors also endorsed an urgent motion calling on the federal government to include flights into Tullamarine Airport as part of its mammoth tourism support package.

Under the existing scheme, 800,000 half-priced flights will be on offer, but the only eligible inbound flights into Victoria are from the Gold Coast to Avalon and Sydney to Avalon.