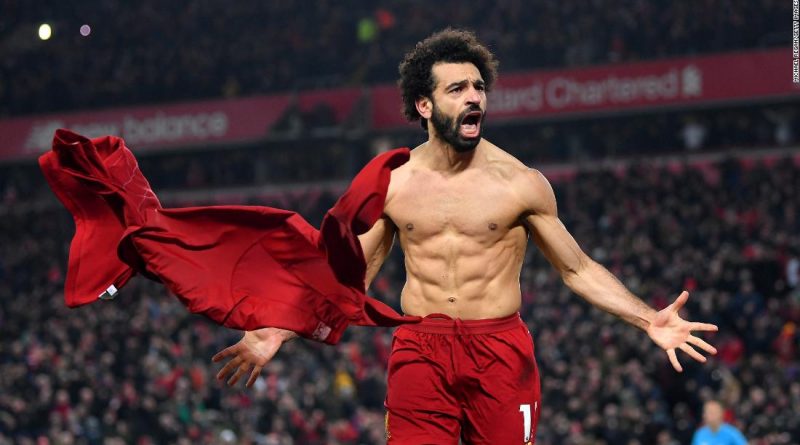 The decision was met with excitement by fans across the world, but for many there is a sense of trepidation.

The total number of coronavirus deaths in the UK now stands at 37,919, but the true death toll is believed to be much higher.

Just before the Premier League season’s resumption was confirmed, Patrick Vallance, the Chief Scientific Adviser to the UK government, said at the daily coronavirus briefing that the number of new cases is around 8,000 per day.

“That is not a low number,” Vallance said.

Several high-profile players, including Troy Deeney, Sergio Aguero and N’Golo Kante, have all expressed fears about returning to action when there is still so much uncertainty and so much about the virus that remains unknown.

READ: ‘I hope your son gets coronavirus’: Troy Deeney reveals abuse he’s suffered
READ: Father of Aston Villa manager Dean Smith dies after contracting coronavirus
Dr. Ralph Rogers, who has worked in the Premier League, told CNN Sport that those players have cause for concern.

“I can imagine as a player, I would be very wary about coming back,” says Dr. Rogers. “Especially because there’s so much about this coronavirus [we don’t know] and people are dying. I completely understand that.

“What we know about this virus is that we should be doing social distancing. You can’t even go into Waitrose [supermarket] without being six feet apart, so unless they’re changing the rules of football it might be a little bit premature,” added Dr. Rogers.

“The virus is indiscriminate, it will attack anybody.”

Despite the still rapidly rising death toll — new data shows the UK has the second-highest death rate per million in the world — the Premier League, given the green light under government guidelines, continues to press ahead with plans to provisionally restart the season next month.

But the league’s return is in line with a gradual re-opening for the rest of the UK economy; Prime Minister Boris Johnson announced earlier this week that all non-essential shops would be reopening from the middle of June.

Dr. Rogers says it’s a case of “money vs. health” — and at the moment, it would appear money is winning.

“It’s bigger than just football,” says Dr. Rogers. “We’ve got to follow the virus. That’s what it’s all about. The virus will dictate to us what we do in society and unless they change the rules in football, not tackling, not heading the ball together … it’s a contact sport and people get very close to each other.

“So there is a big chance, a big opportunity for this virus to spread through football and if it wasn’t for the amount of money in football, I don’t know that we would be having this conversation, which is, I think, really the underlying issue to this whole thing.

“We all want football because it’s so interesting for society. It’s nice, it’s that little layer to how we live, it’s entertainment. But at what cost?”

The Premier League was not immediately available for comment when contacted by CNN.

Just over a week ago, Deeney estimated that “65% to 75%” of players were concerned about contact training going ahead and that number was “even higher” for those who thought the season wouldn’t resume.

The Watford captain publicly opted against returning to phase one of training, a decision for which he received abuse — “I hope your son gets coronavirus,” one person told him — but he will go back for phase two.

Deeney says improved communication with the Premier League has been a factor, but adds there’s also an element of resignation that players could no longer prevent the league restarting.

“I genuinely think a lot of players have definitely come to the conclusion that it’s happening,” he told CNN. ‘There’s [a sense of]: ‘We can’t stop it.’

“Ultimately, everyone knows this is happening, the season is gonna finish and you control the controllables, is what we’ve had to do.”

Official figures from the Office for National Statistics (ONS) released at the start of May showed that black people in England and Wales are more than four times more likely to die from the coronavirus than white people.

Even when removing socioeconomic factors, the statistics found they were still almost twice as likely to die from Covid-19. The reasons why remain unclear.

When it was first announced that Premier League clubs would return to training, Deeney was one of a number of black, Asian and minority ethnic (BAME) players who expressed concerns about those statistics, leading the Professional Footballers’ Association (PFA) to ask the Premier League to conduct more research into the figures.

“It’s a fair thing to acknowledge that there is an increased risk in BAME groups,” Dr. Mark Gillett, the Premier League’s Chief Medical Advisor, said at a recent briefing.

“In mitigation of that the risk in young fit athletes is still very, very small and I think that is an important factor. I come back again to the fact that we’re trying to create the safest possible working environment we can for these people.

Deeney is also complimentary of how the Premier League has handled his concerns since he first spoke out.

The Watford captain says he has now had “four or five” meetings with the league and has also been speaking to Professor Jonathan Van-Tam, the UK government’s Deputy Chief Medical Officer, who has allayed some of his fears.

Deeney says he is aware that as a professional footballer, even one from a BAME background, the risk of him suffering serious health problems due to Covid-19 is very low.

However, it’s the risk of passing it on to friends and family that worries him the most; Deeney has a five-month-old son who was born prematurely and has breathing difficulties.

“When I’m talking about black players, it’s not necessarily me, it’s if we go home to mums, dads,” he says. “We have a player at our team that lives with both of his parents and his grandparents live with him, and he’s of [minority] ethnicity.

“So not only is he at risk, but then going home he’s putting the people that are definitely in the higher risk category [in danger].”

Having spoken at length to the Premier League and Van-Tam, Deeney says some of the increased health impacts of Covid-19 are due to cultural behavior towards illness.

“Black people don’t go to the doctors as much,” he explains. “We’ll wait until the last minute, we get symptoms but we don’t necessarily go straight to the doctors, we’ll try and wait it out a little bit.

“Economically as well, depending on where you’re from and what areas you live in, that can all hit but, ultimately, they’re gonna say for footballers we don’t come under those categories.

“But it’s also the bigger picture of our families and that’s more important to me than a few pound notes in our back pocket.”

The cost of coronavirus

The pandemic could end up costing the UK as much as £298 billion [$368B] for the current financial year, according to the Office for Budget Responsibility.

Despite its multi-million dollar salaries, transfer fees and billion dollar broadcasting deals, the football industry has also sharply felt the financial impact of the coronavirus.

At a stakeholder meeting earlier this month, top-flight clubs across Europe estimated they could stand to lose up to £6.2 billion [$7.7B] if the current season could not be completed.

Dr. Rogers says he has privately spoken to fellow medical professionals and most are in agreement as to the reason why football is desperately trying to get the current campaign restarted.

“Same things that I’m saying, it’s all about money,” he says. “I don’t want to put it so glibly like that, but people want this thing open, you know, it’s a business. My colleagues, the guys that I know in the field of sports medicine are basically saying we have to look after the players’ health.

“One of the jobs that I do is in urgent care and I can remember the first weeks going to work I was scared, I’m not afraid to say I was scared. I can’t say I’m less scared but I try to put in the back of my mind now and just get on with my work but this is serious.

“This is a very serious virus and people who are not in the medical field are surely scared. This is football, it’s a game. I realize it’s a business but at the end of the day, it’s a game and there are a lot more important things than football — I hate to say it even though I’m a football fan, but people are dying out here.”

An independent study published last year by Ernst and Young revealed that the Premier League and its clubs contributed £3.3 billion [$4B] in taxes and added £7.6 [$9.3B] billion to the UK’s gross domestic product just in the 2016/17 season.

Almost 100,000 UK jobs are supported by the league and almost all of them will have felt the economic impact of the pandemic, but it’s not the highly-paid players or coaches who have been most affected.

“Think about the guys who clean the stands, think about the people sell hot dogs, there’s just such a trickle down as to why football is so important in this economy, and you start to see how important it is,” Rogers says.

“It’s a business so they want to get it going again but, again, I do completely understand the concerns of players. There will be opportunities for people to rub against each other for close contact and there’s the opportunity for people to pass on this virus.”

Despite continuing concerns around player safety, the Premier League will return on June 17 — and a glance over at Germany’s Bundesliga, which is now into its third round of fixtures since returning, will provide hope that it can be carried out safely. 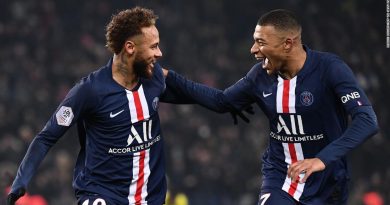 Premier League: European football prepares for age of austerity in era of Covid-19 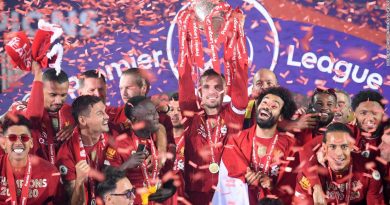 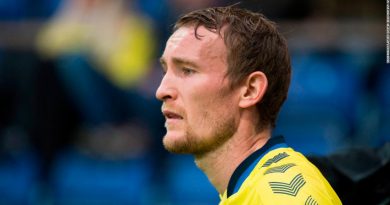