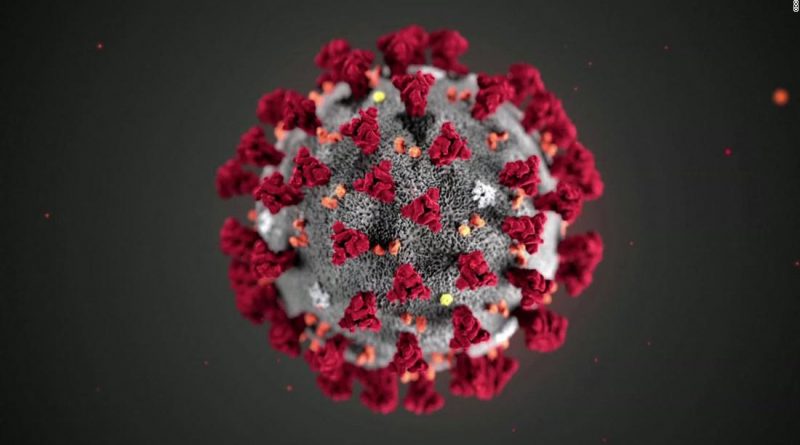 Tottenham Hotspur, Newcastle United and Norwich City have chosen to use the government’s ‘Coronavirus Job Retention Scheme,’ which will pay employees placed on temporary leave 80% of their wages — up to a maximum of £2,500 a month.

Bournemouth has also announced it will be using the scheme, though it would top up salaries of those affected by the furloughing, while some high ranking employees, including first-team manager Eddie Howe, have taken voluntary pay cuts.

But with the 20 Premier League teams sharing billions of dollars from the current TV rights deal and players earning million-dollar salaries, Julian Knight, the chair of the Department for Culture, Media and Sport committee, says the idea of teams using the job scheme “sticks in the throat.”

With much of the UK shut down due to the Covid-19 pandemic, the job scheme was intended to help employers that had been severely affected by the coronavirus.

READ: ‘Deeply embarrassed’ Jack Grealish apologizes for ignoring UK government lockdown advice
READ: Football is shut down across Europe due to the coronavirus, but in Belarus it’s business as usual
“This exposes the crazy economics in English football and the moral vacuum at its center,” Knight told Telegraph Sport.

“This isn’t what it’s designed for. It’s not designed to effectively allow them to continue to pay people (players) hundreds of thousands of pounds, while at the same time furloughing staff on hundreds of pounds.

“I don’t know whether or not the Treasury can legally turn down these applications,” added Knight, referring to the UK finance ministry.

“I think football needs to have a good, long, hard look at itself and see whether or not morally this is really right and whether or not actually what they need to do is come to an arrangement with some of their stars so they can continue to pay their [non-playing] staff 100% of their wages rather than furloughing them on 80%.”

In contrast, Barcelona players have taken a 70% wage cut to ensure that all non-playing members of staff continue to get paid a full salary during the pandemic, while Juventus’ first-team squad has given up 100% of its wages for four months to save the club $100 million.

READ: Cristiano Ronaldo and Juventus squad give up $100 million in wages amid coronavirus outbreak
READ: Lionel Messi and Barcelona squad to take 70% pay reduction during coronavirus pandemic
The average salary for a Premier League footballer is £3 million per year — or £61,000 per week.

Sadiq Khan, London’s mayor, has called on Premier League players to “carry the burden” of coronavirus’ impact on club finances.

“My view is always that those who are the least well-off should get the most help,” he told BBC Radio 5 Live.

“Highly paid football players are people who can carry the greatest burden and they should be the first ones to, with respect, sacrifice their salary, rather than the person selling the program or the person who does catering, or the person who probably doesn’t get anywhere near the salary some of the Premier League footballers get.

“It should be those with the broadest shoulders who go first because they can carry the greatest burden and have probably got savings, rather than those who work in catering or hospitality who have probably got no savings and live week by week and who probably won’t get the [government] benefits for five weeks.”

On the same day that Tottenham chairman Daniel Levy announced all non-playing staff would have their wages cut by 20% and, “where appropriate,” use the government’s scheme, it was widely reported his salary had increased from £3 million to £7 million.

This included a £3 million bonus for the completion of the club’s new stadium, which was both late and over budget.

In his announcement on the Spurs website, Levy also suggested Premier League first-team squads and managers should make sacrifices to help clubs through the current hiatus.

“We hope the current discussions between the Premier League, PFA and LMA will result in players and coaches doing their bit for the football ecosystem,” he wrote.

On Tuesday, Tottenham announced it had made the club stadium and facilities available to the NHS to assist in local Covid-19 relief efforts.

The stadium’s basement car park will be set up as a storage base and distribution hub for London Food Alliance, which helps get food supplies to people most vulnerable during the pandemic

Earlier on Wednesday the Premier League and EFL said in a statement that “there are no quick answers to how and when we will return to what used to be our football normality.”

All professional football in England is currently suspended indefinitely until at least Thursday 30 April. 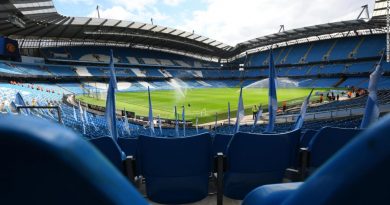 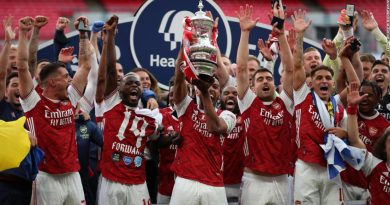 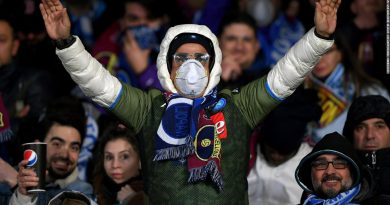