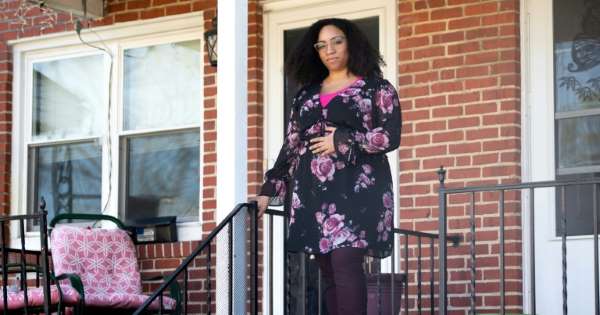 
Like many expectant mothers, Gina Conley is nervous. But there is a lot more to worry about these days, with a virulent outbreak overwhelming hospitals and convincing pregnant women to opt for the relative safety of a home birth.

“I won’t have to go to a hospital where there are potentially a lot of sick people and staff that have been exposed to the coronavirus,” says the 32-year-old from North Carolina.

The pandemic has torn through one country after another, laying waste to economies, roiling public institutions and notching around 400,000 infections in the United States — more than 12,000 of them fatal.

© SAUL LOEB
Ashley Esposito, 35, is considering giving birth at home to minimize her risk of contracting the new coronavirus

As hospital wards become battlefields in the war against this looming threat, choosing where to give birth is a quandary many expectant mothers did not expect to have to face.

Fear of infection, staff and drug shortages, and increasingly strict rules on visitors are leading more and more women to consider shunning hospitals.

But soon-to-be moms must weigh fears for their newborns and worries over their own health with the prohibitive cost of having a baby at home.

Conley, who is seven months pregnant, said she will pay more than $4,000 to cover the services associated with a home birth, the largest of which is typically the midwife.

“It’s definitely not cheap but having the birth experience that we want, with a lot less anxiety — we felt like it was worth it,” the fitness coach told AFP.

Home births are considered “out of network” under many plans in the byzantine US health insurance ecosphere, and couples are rarely lucky enough to be fully covered.

Ashley Esposito, a 35-year-old data specialist from the East Coast port city of Baltimore, expects to fork out up to $8,000 up front.

“Paying all that chunk of money, especially given the financial situation, you know — there are people from my husband’s job who were laid off,” Esposito told AFP.

Esposito has added her name to a list of 1,300 people who have signed a petition urging health insurers in the state of Maryland to provide better coverage of home births.

Like many soon-to-be moms, she worries about new anti-infection rules adopted by some hospitals that limit the number of people who can be in the delivery room.

“This is our first healthy baby so my husband not being there is not an option for me,” said Esposito, who used in vitro fertilization after two miscarriages.

In New York, hospitals had barred husbands or partners from delivery rooms until Governor Andrew Cuomo stepped in last month and signed a decree stating no women had to give birth alone. Jordan Perez, 30, will soon reach full term in Homer, Alaska, where she decided to have her baby at home.

“I’ve always wanted to have a home birth but before the virus happened, my midwife team didn’t offer home birth,” said Perez, who sells cosmetic products.

“I think about a week ago, they said, ‘OK, let’s go for it. With the virus that’s happening, we can make it happen,'” she added.

With health services bracing for worse to come in a crisis of historic proportions, the American College of Obstetricians and Gynecologists says hospitals remain safe places to give birth.

Nevertheless, midwives are struggling to cope with the sudden boom in demand for their expertise in home births.

Of roughly 12,000 certified nurse midwives and midwives in America, an estimated 3,000 practice outside hospitals.

“We usually have between four and six (births) per month… and now we are maxed out at eight per month, and we actually have 10 in July,” said certified nurse midwife Mairi Breen Rothman.

Her practice — M.A.M.A.S., just outside Washington — has hired a third midwife, its schedule is booked solid through August, and it has had to turn away potential clients.

Midwives are being forced to change the way they work in order to prevent the spread of the virus — cutting down on house calls, seeing patients via online tools like Zoom and wearing face masks.

Rothman makes patients wait in their car rather than in the waiting room, and asks them to leave behind their personal possessions before going in for the examination.

“The clients come to the house and they text us from their car. When the person before them is gone, we tell them that they can come in. They come to the door via the separate entrance,” she said.

After the check-up, when the patient leaves, staff wipe down every surface that might have been touched, as well as door knobs, light switches, clinical equipment and so on.

“We clean the bathroom. And then we call the next person to come in,” Rothman says with a nervous laugh.

Esposito, who plans to give birth while watching part of the “Lord of the Rings” saga, said she will take no risks once her child is born into a world that has changed almost overnight.

“I’m just going to stay in my bubble for the most part,” she said.

“I don’t think we’re going to have much interaction with people other than, like, Skype.” 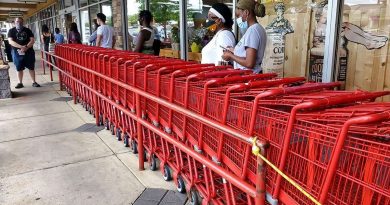 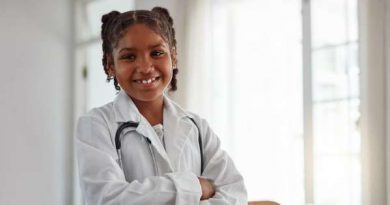