New Boeing chief executive David Calhoun told employees on Monday the company must strengthen its culture, focus on “integrity” and be “transparent,” according to an email sent to staff.

Mr Calhoun, a longtime Boeing board member, officially took over on Monday as chief executive, replacing Dennis Muilenburg, who was ousted in December as the company faces a drawn-out crisis following deadly crashes of a top-selling jet.

“I see greatness in this company but I also see opportunities to be better. Much better,” Mr Calhoun said.

“That includes engaging one another and our stakeholders with greater transparency, holding ourselves accountable to the highest standards of safety and quality and incorporating outside-in perspective on what we do and how we do it.”

He takes the reins four days after the release of a new trove of embarrassing employee emails, including one saying the 737 MAX was “designed by clowns”.

The aircraft has been grounded since March following two deadly crashes. Boeing faces numerous probes and lawsuits over the crashes. The incidents have already cost the company more than $9 billion and led to the suspension of production of the 737 MAX due to lengthy delays in winning regulatory approval to resume flights.

Mr Calhoun said returning the MAX to service safely “must be our primary focus”, and that included “following the lead of our regulators and working with them to ensure they’re satisfied completely with the aeroplane and our work, so that we can continue to meet our customer commitments”.

Deteriorating relations between Boeing and the US Federal Aviation Administration were a chief factor in Mr Muilenburg’s ousting, with agency chief Steve Dickson publicly calling out Boeing for making statements about the MAX’s return “designed to force FAA into taking quicker action”.

While politicians in Congress and Wall Street analysts had called for change atop Boeing, some have questioned whether Mr Calhoun’s lengthy service on the Boeing board makes him an ideal pick for resetting the company.

After Mr Calhoun was selected, Bank of America Merrill Lynch said in a December note it had “mixed feelings” in light of Mr Calhoun’s background.

“We wonder if appointing from within, especially an insider that has been with the company for 10 years, signals more of the same from Boeing vs an outside appointee who may have offered more of a change of pace and culture,” the bank said in a commentary.

But others have noted that Mr Calhoun has hands-on experience in industrial leadership, having overseen a General Electric division that was responsible for aircraft engines and rail among other units.

Mr Calhoun also served as chief executive at data analytics company Nielsen and as a senior executive at the Blackstone Group.

“While it could be argued that because Calhoun has been with Boeing for the entirety of the MAX’s history, he may be too close to the ensuing crisis, we think that his clear understanding of the aviation industry is the paramount qualification for this job,” Morningstar said in December.

Shares of Boeing rose 1.1 per cent to $333.69 in midmorning trading on Monday. Shares have fallen more than 20 per cent since the Ethiopian Airlines crash in March, which led to the grounding of the MAX planes. 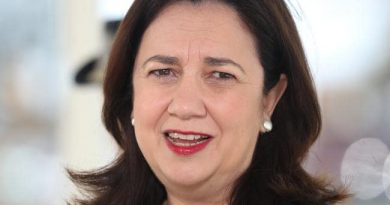 Grim reason why NSW residents may never be allowed in again