A two-year-old Melbourne girl is currently stranded in Wuhan with her Chinese grandparents because Australian authorities have refused to bring her home as an unaccompanied minor.

Chloe Nuoyi Zhao has been staying with her father’s family in the city, the epicentre of the deadly coronavirus outbreak, since early January, the ABC reports.

Her parents had planned to fly back to celebrate Chinese New Year on January 25 before bringing her home the next day – but Chinese authorities imposed a total lockdown on January 24, with many airlines suspending flights.

Chloe was one of around 600 Australian citizens and permanent residents stranded in the city who were entitled to be evacuated but her mother, Melbourne engineer Yuchen Cao, told the ABC authorities had refused to bring her home.

The second batch of evacuees reached Christmas Island today, with 35 people joining 241 others who arrived on Tuesday to begin a two-week quarantine period on the remote Indian Ocean outpost.

Ms Cao said she was told by staff at the Department of Foreign Affairs and Trade that Chloe was “too young to be evacuated” by herself and they would not allow her grandparents to bring her as they are not Australian citizens or permanent residents.

“Our request for help just fell on deaf ears,” she told the ABC.

“The Chinese authorities said they will allow my daughter to be evacuated with my parents if the Australian government permitted. But we felt helpless when Australian authorities simply shifted their responsibility to other departments. We don’t know if there is any internal communication between different departments.”

Prime Minister Scott Morrison announced unprecedented new travel restrictions on Saturday, banning any foreign nationals who had been in China from entering Australia for two weeks from when they left or transited the country.

Under the ban, if the traveller chooses not to immediately return to their port of origin, they will be subject to “mandatory quarantine”. Returning Australian citizens and permanent residents are required to “self-isolate” for 14 days.

Ms Cao said she had been “kept in the dark” for the past 10 days by DFAT and the Department of Home Affairs. She said Chloe was rapidly running out of supplies including baby formula but that it was too dangerous for her grandparents to venture out.

Authorities have advised residents in the city of 11 million people to stay indoors to prevent the spread of the virus. “They tried their best to wear protective items before going out, but if they fall sick who will take care of my daughter?” Ms Cao said.

News.com.au has contacted Ms Cao and DFAT for comment.

It comes as the official death toll from the outbreak rises to 564, after Chinese authorities reported a record 70 new deaths in one day and a further 2987 confirmed cases.

Worldwide there are now 27,648 confirmed cases — including 14 in Australia, the latest a 37-year-old member of a Chinese tour group in Queensland — with two fatalities outside of mainland China. 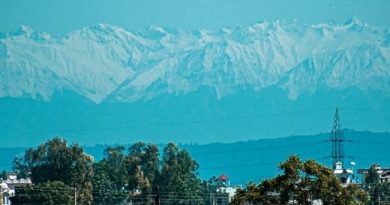