Appearing on ABC television this morning, Mr McCormack said he’d prefer a “market-led solution” to keeping the airline afloat, rather than a government bid.

“They should stick to trying to run Queensland and Queensland’s economy,” Mr McCormack said.

Mr McCormack, who said 19 bidders were in the mix to take on Virgin Australia, said more could come forward in the next 24 hours before preliminary bids close.

“I know Paul Scurrah, the CEO and the board of Virgin, want to see their airline up and running again,” he said.

“We all want to see two commercially viable airlines coming out of the back of COVID-19.

We want to see Virgin back in the sky.”

On Wednesday, Mr Dutton lashed out at Queensland Premier Annastacia Palaszczuk, saying the state’s bid for the airline was “laughable”.

“Premier (Annastacia) Palaszczuk has almost bankrupted Queensland, and now in the middle of a crisis they want to buy an airline,” Mr Dutton tweeted, who holds the Brisbane seat of Dixon.

“It is laughable. She ‘leads’ a government which is corrupt and chaotic.”

His comments followed Queensland Treasurer Cameron Dick announcement of “Project Maroon”, with the appointment of state-owned funds management group Queensland Investment Corporation to oversee the bid for a stake in the collapsed airline.

Mr Dick said the government’s investment could take the form of a direct equity stake, a loan, guarantee or other financial incentives.

“My number one focus as Treasurer is to retain and create jobs for Queenslanders, particularly as we move beyond the COVID-19 crisis,” Mr Dick said in a statement.

“We have been very clear. Two sustainable, national airlines are critical to Australia’s economy. We have an opportunity to retain not only head office and crew staff in Queensland, but also to grow jobs in the repairs, maintenance and overhaul sector and support both direct and indirect jobs in our tourism sector.”

“The appointment of QIC, led by CEO Damien Frawley, has enabled work to progress quickly on a comprehensive strategy, to ensure Queensland is best positioned for a successful bid,” he said.

“QIC will advise government on all aspects of the bid, including the optimal partner group, the quantum and structure of the state’s contribution, as well as probity and governance.”

Virgin Australia was placed into administration last month with debts of $7 billion after the coronavirus restrictions all but wiped out domestic and international travel. The announcement has left almost 15000 jobs in limbo.

Prior to the administration, the Queensland government had already indicated it was willing to chip in $200 million towards a support package for Virgin – one of the state’s largest employers – if the federal government would offer a bailout.

Administrators Deloitte said Tuesday there were 19 potential buyers going over the books as of May 11. Non-binding indicative offers are due on May 15 and Deloitte hopes to finalise a deal by the end of June. 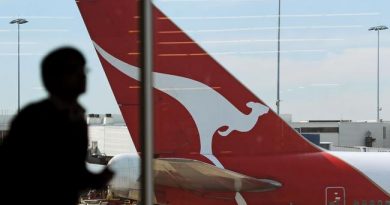 Six nations we may soon be able to fly to 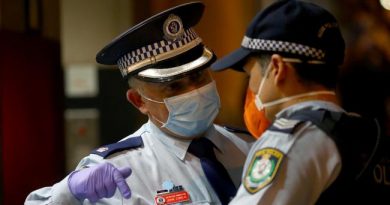