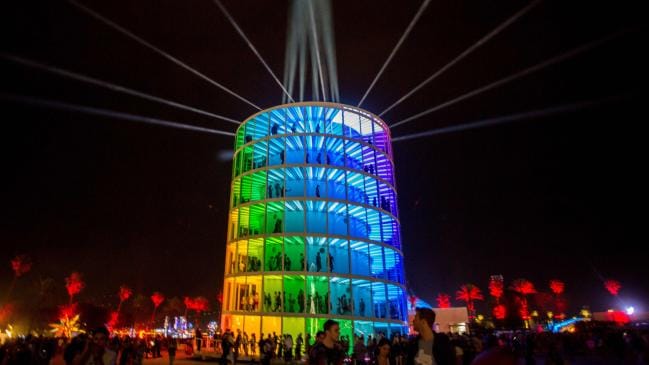 As the world continues to grapple with the spread of coronavirus, the entertainment industry is being hit hard.

A number of major events and festivals have been postponed or cancelled due to the fear of the deadly virus.

Here is a list of some of the high profile events that have been affected:

Coachella had been set to take place over two weekends in the California desert next month, with Rage Against The Machine, Travis Scott and Frank Ocean headlining.

However, organiser Goldenvoice has now confirmed the festival has been postponed until October, citing advice from local health authorities.

Coachella, one of the world’s highest profile music events, attracts some of the biggest names in music as well as a string of A-list attendees. It will now take place on the weekends of October 9, 10 and 11 and October 16, 17 and 18.

All purchased tickets will be honoured, according to Goldenvoice, while anyone who bought a ticket will be told how to obtain a refund by March 13.

Stagecoach, the country music festival from the same organisers as Coachella, has also been pushed back from April to October.

All purchased tickets will be honoured, according to Goldenvoice, while anyone who bought a ticket will be told how to obtain a refund by March 13.

Popular midwinter Hobart festival Dark Mofo, held in mid-June each year, announced on Facebook that the festival would no longer be going ahead in 2020 because of the “fear” and “uncertainty” around the virus outbreak in Australia.

The annual event, held in mid-June each year, is put by the city’s Museum of Old and New Art (MONA). MONA’s owner, David Walsh, said he had no choice but to kill the event, which attracted more than 100,000 ticketholders last year.

All St Patrick’s Day parades have been cancelled across Ireland in an attempt to slow the spread of the coronavirus.

Prime Minister Leo Varadkar announced the cancellation on Monday and said further advice about mass public gatherings will be issued in the next few days.

The annual March 17 parade in Dublin is one of Ireland’s biggest tourist events, and typically draws half a million people onto the city’s streets.

South By Southwest, an arts, music, film and technology festival held each year in Austin, Texas has been cancelled a week before its March 13 start date.

The high profile event was expected to have drawn an international audience into close quarters, posing a serious threat of the disease spreading.

Miley Cyrus has announced she is no longer coming to Australia to headline Friday’s World Tour Bushfire Relief charity concert in Melbourne.

In a statement, the singer said it was too risky to travel to Australia for the concert at Lakeside Stadium due to the ongoing threat of the coronavirus.

“Due to the recommendations of local, state, federal and international government authorities, including the Center for Disease Control, to reduce potential health risks in response to the current global health crisis, we are no longer travelling to Australia for the show,” Cyrus wrote on Twitter.

“I am so disappointed to not be there, but I have to do what is right to protect the health and safety of my band and crew. I will still be making a donation to help the victims of the Australian bush fire. I’m sorry to miss everyone in Australia, but I will be back soon.”

Albanese calls for Morrison to bring back stranded on Shark One

The unusual features of the latest travel trend