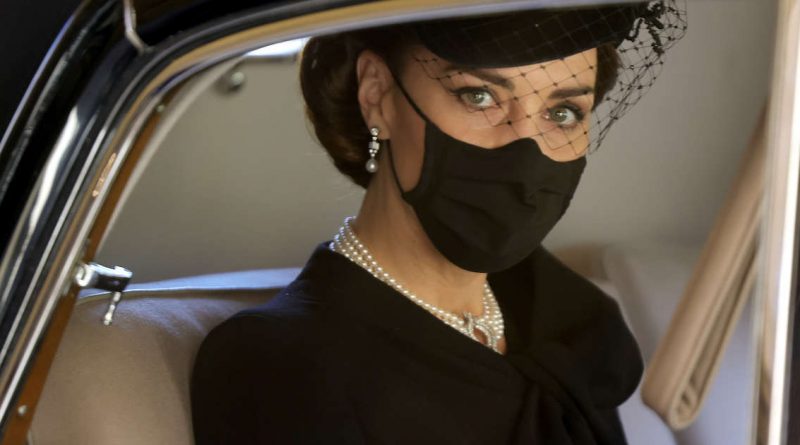 
The Duchess of Cambridge stepped out in an elegant and meaningful outfit for Prince Philip‘s funeral on Saturday, choosing to pay tribute to both the Queen and the late Princess Diana by wearing the iconic Japanese Pearl Choker necklace.

Kate was spotted arriving at St George’s Chapel in Windsor alongside husband Prince William, sporting a black face mask and an elegant black ensemble – as well as her Bahrain Diamond and Pearl Drop earrings, which are also from the Queen’s collection.

The four-strand necklace with a central diamond clasp was commissioned by the Queen herself, made from pearls given to her by the Japanese government. While the necklace belongs to Her Majesty, Kate’s late mother-in-law Diana famously wore the beautiful necklace a state banquet for the Netherlands in 1982.

Kate previously borrowed the piece to celebrate the Queen’s 70th wedding anniversary to Prince Philip, making the choice of jewellery all the more fitting. Meanwhile, her earrings, which are on long-term loan from Her Majesty, are believed to have been a wedding gift to the Queen upon her marriage to the Duke in 1947.

The Duchess also opted for a veiled fascinator, another striking choice that was reminiscent of the late Princess of Wales’ iconic headpiece she chose for Grace Kelly’s funeral.

The royal joined her husband Prince William and a number of other royal family members for the moving service at St George’s Chapel in Windsor, which was restricted to 30 guests due to the coronavirus restrictions.

Her Majesty The Queen and the four children she shared with her husband of 73 years – Prince Charles, Princess Anne, Prince Andrew and Prince Edward – led the royal family in paying their respects.


Princess Diana wearing the necklace in 1982

The funeral, broadcast on BBC One, started with a minute’s silence at 3pm. In a touching detail, Prince Philip’s coffin was driven from the State Entrance of the Castle to the West Steps of the Chapel on a specially modified Land Rover he helped design himself.

The coffin, draped in the Duke’s personal standard and with flowers, his Naval Cap and sword placed on top, was carried from the State Entrance to the Land Rover by pallbearers from the 1st Battalion Grenadier Guards at 2.40pm. 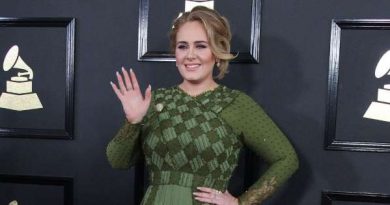 Adele to release new music in 2020 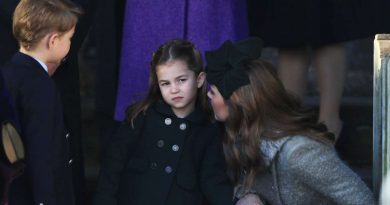 Kate Middleton is hoping her children get to ‘spend more time’ with their cousin Archie in 2020, source claims