There’s nothing like a cheap flight to put a destination on Aussie travellers’ radars – and with fares as low as $35, Australia is shaping up as THE spot to be in 2020.

Jetstar has just launched its Australia Day sale, offering bargain flights from $35 and urging Aussies to make 2020 the year they explore their own backyard.

In the wake of the tragic bushfires that have taken a toll on the nation’s tourism industry, Jetstar’s aiming to inspire travellers to take a trip within Australia.

“There’s no better time to support Aussie tourism,” the airline says of its Aussie Sale, which starts today and runs throughout the long weekend.

Its beautiful beaches and gourmet food and wine have long been a tourist drawcard, but Jetstar’s direct flights from Melbourne to Busselton (now up for grabs from $109) are the first to put the Margaret River region in easy reach of east-coasters when they launch in March.

Among the sale fares on offer are Sydney to Ballina (Byron Bay) from $39, Adelaide to the Sunshine Coast from $59, Brisbane to Uluru from $79 and Melbourne to Cairns from $99.

Jetstar’s Aussie Sale runs until 11.59pm (AEDT) Monday, January 27, with the fares on sale for travel between March and October.

For details or to book, see jetstar.com

HOW JETSTAR IS INFURIATING CUSTOMERS NOW

Best things to pack on holiday for emergencies 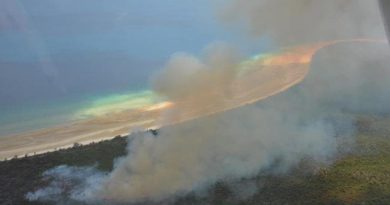