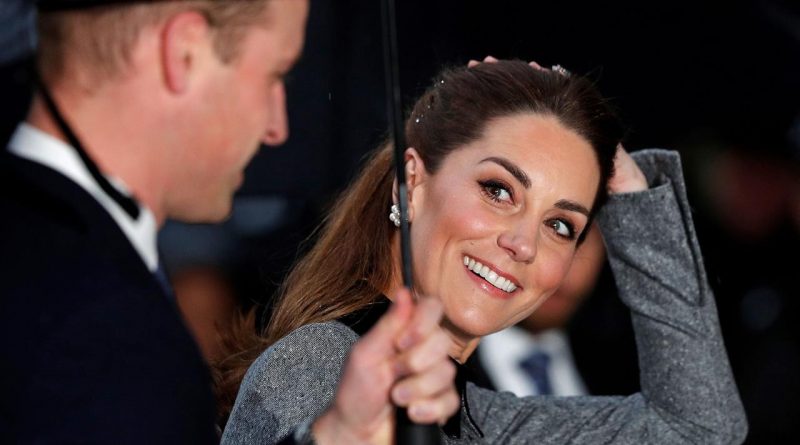 The public has been offered a rare glimpse inside Kate Middleton and Prince William’s royal tour train.

The Duke and Duchess of Cambridge will travel 2011km on the Royal Train in a three-day tour to thank people for their efforts during the Covid pandemic.

The couple’s suite has his and hers single beds, a private bathtub, and a 12-seat “dining room” – complete with a Formica table.

There are no showers on board, only a bath with a line around the inside to stop it from being overfilled.

A steward, footmen and Kate’s hairdresser will join the couple on the trip.

The nine carriages are decorated in 23-carat gold paint with silks and satins, after Queen Victoria designed the train to look like a palace.

There is also a room on board for royals to catch up on work.

The stops are being kept under wraps but the Cambridges will greet frontline workers, volunteers, care staff, teachers and pupils.

Aides say they plan to pass on the nation’s “sincere thanks and gratitude” for their efforts.

“The Duke and Duchess are very much looking forward to shining a spotlight on the incredible work that has been done,” Kensington Palace said.

Many stop-offs will be organisations and initiatives that have been ­supported by community relief funds, including NHS Charities Together.

Visits will celebrate the arts and heritage and include live performances and Christmas events, sources say.

The Queen was given the Royal Train, first used for 1977’s Silver Jubilee.

It features a claret-liveried sleeper and security against machine guns and bombs.

In 2018, the Queen invited new daughter-in-law Meghan to join her on the train on an official visit to Cheshire.

Avoid holiday scams by emailing your hotel before you arrive